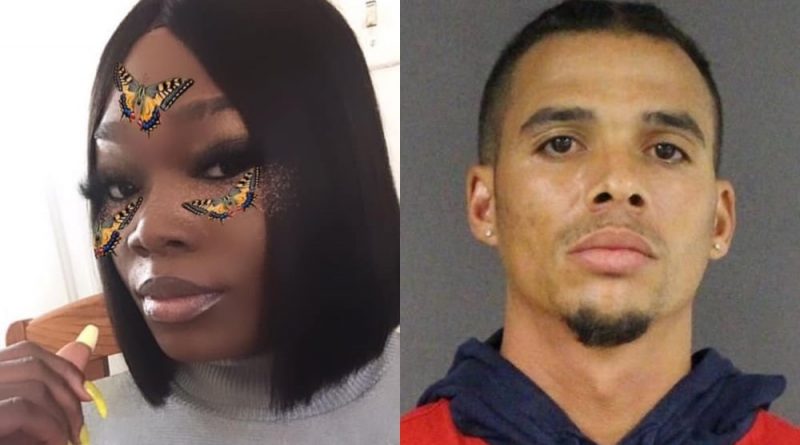 Daniel Smith (L) has been arrested in suspicion of the murder of trans woman Shai Loftin. (Facebook/Mercer County Prosecutor’s Office)

Shai Loftin, a 23-year-old Black trans woman with a “heart of gold”, was slain in a tragic shooting while defended her “love” in Trenton, New Jersey.

Described by those who knew her as a “super hero” who placed her family above all else, Loftin’s death has shaken the state capital community;

At around 4:40am on Friday (30 July), Trenton police responded to a report of a gun shots at a residence in the first block of Kelsey Avenue, in the city’s West Ward neighbourhood. Cops found the victim had been shot in the face.

Despite emergency medical technicians efforts to save her, Loftin passed away at the Capital Health Regional Medical Center, the Trentonian reported.

The 36-year-old was detained during a motor-vehicle stop in Ewing by the Mercer County Prosecutor’s Special Investigations Unit. Smith was charged with one count of murder and multiple weapons offences.

The Mercer County Prosecutor’s Office has not yet said that transphobia may have fuelled the murder, but detectives are currently investigated potential bias.

Anyone with information is asked to contact Detective Dave Petelle 609-989-6406. Tips can also be emailed to [email protected]

Loftin is at least the 32nd trans, non-binary or gender non-conforming person to have been killed in the US this year alone, according to the Human Rights Campaign, which has been monitoring the endless waves of killings.

Evan as trans Americans have eked out some political victories under the Biden administration, from the first openly trans, Senate-confirmed federal official to sweeping protections, violence against the community has soared.

HRC experts warn that this year’s tally, already dizzying in its height, will inevitably surpass last year’s grisly of 44. Making it the deadliest year since HRC’s records began with more trans folk dead so far than in six full recent years.

Both 2021 and 2020’s death tolls, they add, are also undoubtedly higher than that the advocacy group is aware.

There are many reasons why, they stress, noting that the tragic killings of some of America’s most vulnerable and marginalised groups so often go unreported or even misreported – with both police and the press misgendering and dead naming victims.

Anti-trans stigma, they add, which can take the form of elevated levels of homelessness and poverty to being treated as political targets by Republicans, are all outgrowths of the “culture of violence” trans folk face.

A crowd-funder has been set up to raise money for Loftin’s funeral expenses – with loved ones alleging that she was “murdered for protecting [her] love one”.

“[Shaia] was affectionately known for [her] smile, [her] style, [her] love of family and most importantly BEING [HERSELF]!” the GoFundMe reads.

“[She] loved life, [she] protected everyone [she] loved & left here being a Super Hero!”