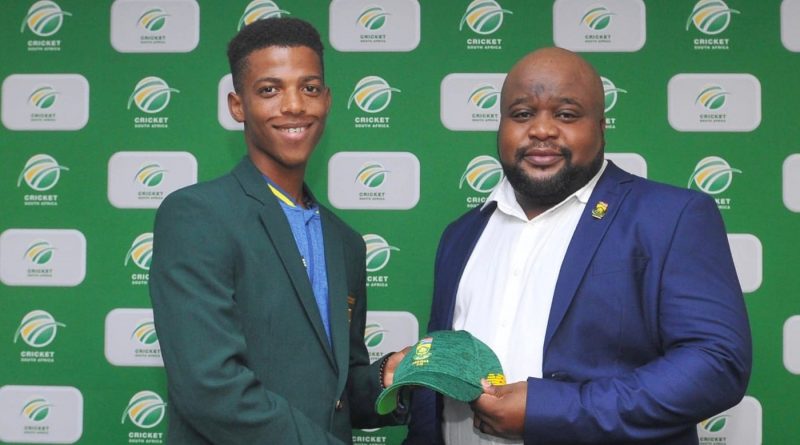 
Mondli Khumalo, a young South African cricketer, is in an induced coma in Bristol following an incident outside a pub in Bridgwater on Saturday night. During South Africa’s 2020 World Cup campaign, the 20-year-old right-arm pacer was a member of the U-19 squad.

The cricketer, according to sources, has experienced brain bleeding and has undergone two procedures, but his condition is stated to be serious.

Mondli Khumalo Was On His First Professional Tour

Khumalo was playing for the North Petherton Cricket Club in his first professional foreign assignment. The youngster, who is contracted to Kwa-Zulu Natal Inland in South Africa, was enjoying his team’s victory last weekend when the terrible occurrence occurred, according to ESPNcricinfo.

According to the report, Khumalo was knocked unconscious after the incident and got emergency medical attention. In the meantime, a 27-year-old male has been charged with the attack.

The cricketer’s mum is being flown to the UK under special circumstances. Rob Humphries, of the North Petherton Cricket Club and Khumalo’s agent, told ESPNcricinfo about Mondli: “Mondli is such a gentle guy. His mom just can’t understand how something like this could have happened to him.

“And everyone at North Petherton just adores him. He is a genuinely lovely kid. He was having a really good time here. He had bowled really well and he had become such a wonderful part of the club.”

All at North Petherton Cricket Club are in shock at the incident in Bridgwater that has led to our much loved overseas player Mondli Khumalo being hospitalised in Southmead Hospital in Bristol this morning.

North Petherton Cricket Club has also set up a fundraising website for the South African cricketer.

Khumalo, as previously stated, was a member of South Africa’s U-19 team at the 2020 World Cup. He has four first-class matches, one List A match, and four T20s to his belt. He has 11 first-class wickets and two T20 wickets to his name.

Also Read: IND vs SA: We Are Open To Discuss David Miller Batting Up The Order: Temba Bavuma