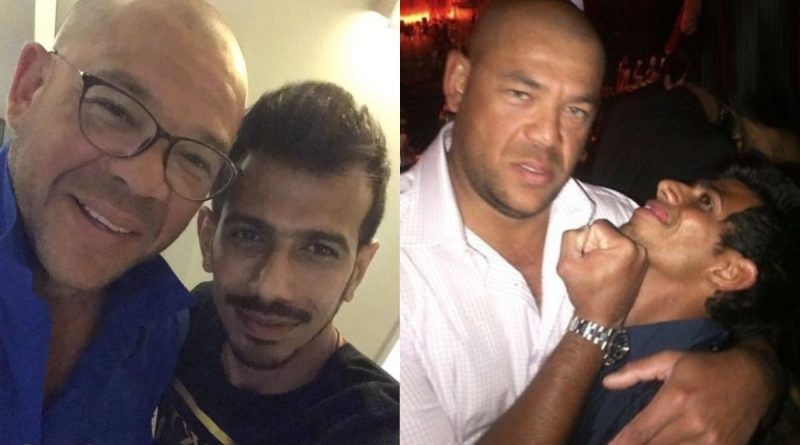 Indian leg-spinner Yuzvendra Chahal penned a heartfelt tribute to former Australian cricketer Andrew Symonds, who passed away late on Saturday night due to a car crash outside of Townsville.

Symonds, a two-time World Cup winner with Australia, died after succumbing to the injuries he sustained when his car rolled off the side of the road. On-scene medical professionals attempted to revive the former cricketer but their efforts were in vain.

Following the death, tributes poured in with Harbhajan Singh and Sachin Tendulkar being the first to condole the demise. Chahal also wrote a note for his friend, who he referred to as his closest pal.

“Today I have lost my closest man. You were just not a colleague My family, my man My Symonds uncle ❤️ I will miss you terribly RIP 🙏🏻💔,” Chahal wrote on his social media account.

Today I have lost my closest man.
You were just not a colleague
My family, my man
My symonds uncle ❤️ I will miss you terribly
RIP 🙏🏻💔 pic.twitter.com/5BvliutC8f

Symonds was a major part of the Australian team that dominated across formats in the 2000s. The all-rounder had an 11-year-long career which was filled with plenty of brilliant moments and also certain controversial incidents.

He was involved in the ugly ‘Monkeygate’ scandal which took the cricketing world by storm back in 2008. Harbhajan Singh and Symonds were involved in a feud that was settled in court. Sachin Tendulkar also wrote based on his experience of playing alongside Symonds in the IPL.

“Andrew Symond’s demise is shocking news for all of us to absorb. Not only was he a brilliant all-rounder, but also a live-wire on the field.

“I have fond memories of the time we spent together in Mumbai Indians. May his soul rest in peace, condolences to his family & friends,” Tendulkar also said.

Symonds played 198 ODIs for Australia and scored 5088 runs at an average of 39.75. The thing that stood out among his peers was his excellent strike rate of 92.44 which was quite high at the time. He hung up his boots in 2009 after being dropped over disciplinary issues.

Also, Read – Tributes Pour In As Andrew Symonds Passes Away At The Age Of 46 Following Car Crash