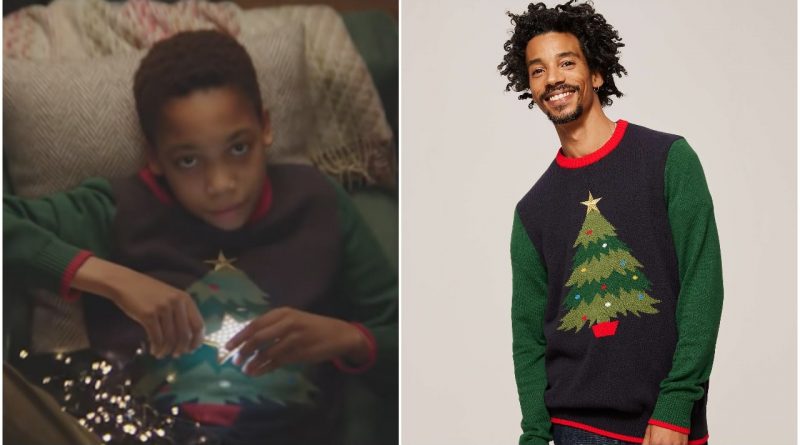 
John Lewis has unveiled its festive advert for 2021 – which means it’s officially Christmas.

The annual advert is a much-anticipated event and marks the beginning of the festive season for many people.

The reliably heartwarming advert from John Lewis doesn’t disappoint this year, which is all about a young alien and the gift of giving.

The theme of this year’s clip is “Unexpected Guests”, as it follows 14-year-old Nathan who discovers a space traveller, Skye, has landed in the woods by his home.

He introduces her to the season’s traditions, from decorating the tree to eating mince pies and of course, novelty Christmas jumpers.

This all takes place against the backdrop of a cover of Philip Oakey and Giorgio Moroder’s “Together In Electric Dreams”, by singer-songwriter Lola Young.

To coincide with the advert, the retailer has released the Christmas jumper that features in the clip in-store and online, at johnlewis.com.

Customers can get the jumper, that’s given by Nathan to Skye in the advert, to introduce her to the joy of finding the perfect gift.

The festive jumper features a Christmas tree, star and lights as well as a red collar – plus proceeds are going to a good cause.

It’s priced between £14 and £29, with 10 percent of sales from the Christmas jumper supporting families in need.

Previous John Lewis adverts have featured storylines about the bear and the hare, a snowman, Monty the penguin and the man on the moon.

They’re also usually soundtracked by an emotional ballad with “The Power of Love” and “Your Song” having featured on the John Lewis advert.

Alongside the Christmas jumpers, there’s also tree and table decorations inspired by the advert available from the John Lewis website.

To find out more and to shop the Christmas jumper collection head to johnlewis.com.

The release of the Christmas clip follows the backlash against its recent advert which features a young boy wearing his mother’s clothes, jewellery and makeup.

He causes chaos at home to Stevie Nicks’ “Edge of Seventeen” in a joy of self-expression, with the tag line “Let Life Happen”.

However following its release some called the boy’s destructive performance an example of toxic masculinity and privilege.

But perhaps the loudest criticism has come from so-called “gender critical” campaigners accusing John Lewis of “sexualising” children and pushing a “woke” agenda.

John Lewis responded to criticism but sidestepped the anti-LGBT+ backlash.

The retailer said it believed in “children having fun and that’s why we chose this playful storyline for our latest advert”.

“It’s designed to show the young actor getting carried away with his dramatic performance,” John Lewis wrote in a statement. “He is not willfully damaging his home and is unaware of the unintentional consequences of his actions.”