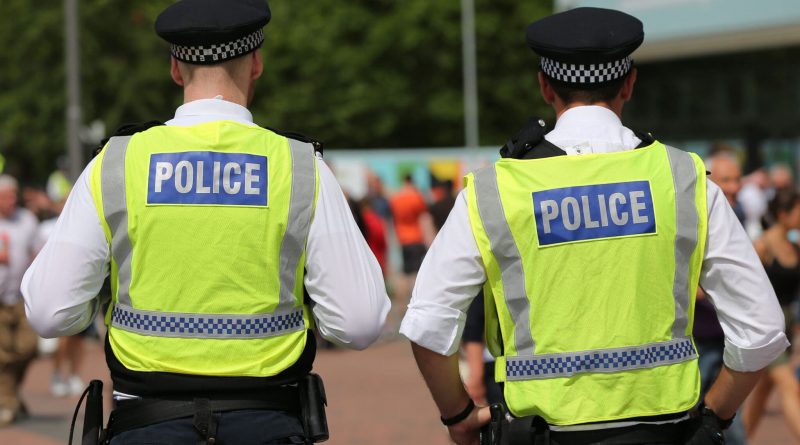 Yet another British police officer has been accused of sending discriminatory text messages. (Barrington Coombs/Getty Images)

The officer is accused of using derogatory slurs against Asian people and homophobic terms for gay men in a series of messages, according to the Burnley Express.

The alleged texts were anonymously reported to the Independent Office for Police Conduct (IOPC), which oversees police complaints in England and Wales, on 6 October.

The officer in question, of Lancashire Constabulary, has been removed from front-line policing as a result and given “alternative duties”.

A police spokesperson said: “We have received an anonymous report alleging that inappropriate text messages had been sent by an officer.

“We are looking into those matters and the officer is currently on alternative duties.

“Due to the nature of the allegation, the matter was referred to the IOPC who determined that a local investigation should be carried out.”

The force did not disclose which division the officer was working for when the alleged text message were sent.

In September an officer was sacked for posting homophobic and racist social media posts.

Three officers from a “toxic” unit were fired in January after a bug recorded them making sexist, racist and homophobic remarks. Two more would have been fired had they not already left.

Couzens was handed down a whole-life sentence order in the Old Bailey, London’s top criminal court, in September.

It has since been reported that Couzens traded homophobic, sexist and racist messages with other officers in a private WhatsApp group in 2019.

Last year, an investigation found that an officer who quit law enforcement over a sex scandal had unleashed a rash of messages “categorised as antisemitic, racist, homophobic and sexist”. Had he not resigned, the messages would have been grounds for dismissal.