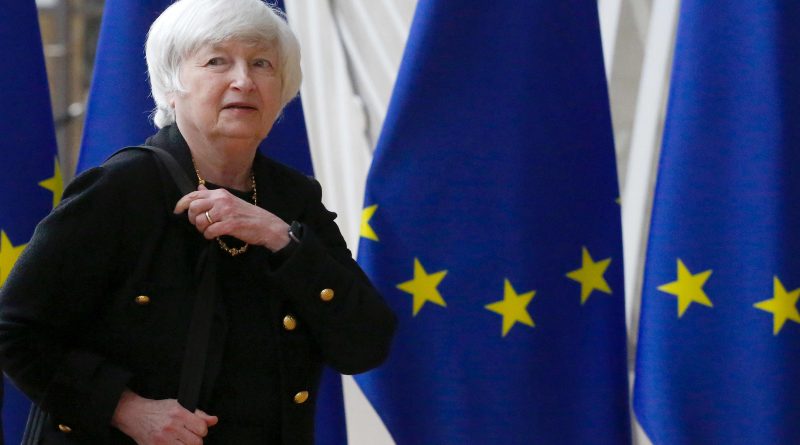 Treasury Secretary Janet Yellen will warn Wednesday that enacting President Joe Biden’s economic agenda is critical to maintaining America’s status as the world’s superpower, according to a copy of her remarks obtained by CNBC.

Yellen will deliver the address in Atlanta as part of a White House messaging blitz designed to rally the public behind the trillion-dollar bipartisan infrastructure bill and Democrats’ even bigger $3.5 trillion spending plan. It will be her first domestic trip and a reflection of her increasingly visible role as one of the administration’s champions for expansive investments in so-called “human capital.”

“We’ve grown used to America as the world’s pre-eminent economic power. We aren’t destined to stay that way, but with these investments, I believe we will,” Yellen said in her prepared remarks. “We have a chance now to repair the broken foundations of our economy, and on top of it, to build something fairer and stronger than what came before.”

Her comments come at a critical moment in negotiations with Capitol Hill. The Senate is haggling over the final details of the infrastructure bill, while Democrats are trying to unify their own party around the broader spending package. Yellen will urge lawmakers not to lose sight of their ambition, arguing that the nation’s economic recovery “did not happen by default.”

“Fiscal policy can help unwind them. Or the lack thereof can intensify them,” Yellen said.

The full-throated defense of Biden’s agenda marks yet another turning point in Yellen’s long career. Though she served two years as chief economist to President Clinton in the late ’90s, most of her time in Washington has been spent studiously avoiding politics at the Federal Reserve — first as vice chair and then as chair. But since becoming Treasury secretary, she has regularly briefed Democratic lawmakers and even sparred with Republicans.

“She has been a leader on some topics (like international tax) and a key member of the team on others (like the fiscal packages),” said Jason Furman, President Obama’s chief economist, in an e-mail. “These may not be the issues she was dealing with at the Fed, but her long career in research and policy has traversed a wide range of issues.”

One of Yellen’s biggest achievements so far has been securing global consensus for a minimum corporate tax and convincing other countries to stop targeting America’s tech giants. But getting lawmakers here at home on board with the deal could be an even tougher challenge.

“She got 132 countries to agree to this thing, and this is something that’s been percolating for years,” said David Wessel, director of the Hutchins Center for Fiscal and Monetary Policy. “Now we see if she can get it through Congress.”

Yellen has said that she hopes part of the international tax plan will be included in the $3.5 trillion package that Democrats intend to pass without Republican support, using the budget reconciliation process. Her speech on Wednesday also highlights other priorities in that package: the child tax credit, affordable housing, accessible child care and lower prescription drug prices. And she is one of five Cabinet members that Biden has tapped to help sell those proposals — to his own party and to the public.

“My largest concern is not: What are the risks if we make these big investments?” she said in her prepared remarks. “It is: What is the cost if we don’t?”