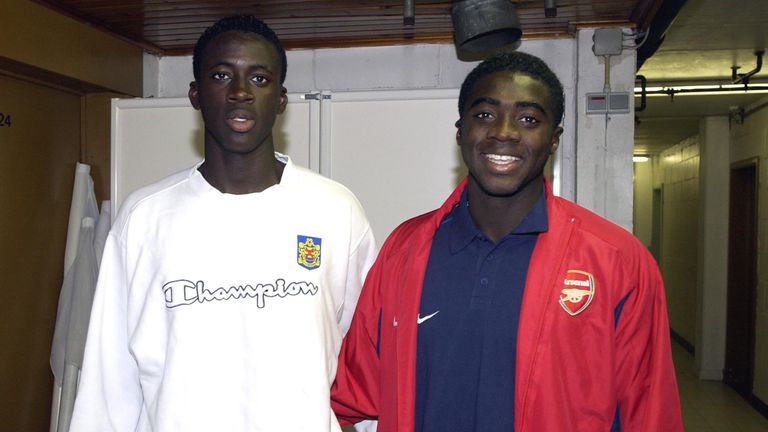 Yaya Toure boasts quite the footballing CV and yet this doesn’t even begin to do justice to a career which spanned 19 years, saw him play for seven clubs in seven countries, and culminated in helping spark a new Premier League dynasty into life in Manchester.

Two years have passed since Toure brought his illustrious playing career to an end and still the scale of his achievements in the game, rising out of the Ivory Coast to international acclaim, remain difficult for him to comprehend.

“My face can tell you; I would be happy. I would be amazed,” Toure exclusively told Sky Sports when asked what he would have made of his career as a 10-year-old. “At Barcelona in Messi times, playing against Cristiano Ronaldo at his best, all these things, I have been in a good place.

“In the end I think you could say it was top, that it has been a brilliant career full of success and trophies as an individual and collective. I could not have asked for more.

“When players retire from football, some think they should carry on more but for me I was relieved and happy. The pathway through my career was incredible, the journey was impressive and full of hard work, dedication and sacrifice. I really enjoyed it.”

Toure came to attention rising through the ranks of ASEC Mimosas, a club with a rich history based in the capital of the Ivory Coast, Abidjan, but it was his birthplace, Bouake, where his love affair with football truly began.

“I started to love football in Bouake when I was younger,” he explained. “My oldest brother, he loves football, and he was playing for a team on the street close to the community. After that, my other brother Kolo started playing and I followed his path.

“When I was in Ivory Coast, unfortunately we didn’t have any choice [to play football] because I was one of nine kids. At that time there were so many boys, seven boys, I started to be dedicated because, for me, the ball was my breathing time.”

Belgian club Beveren were the first in Europe to spot Toure’s talent, signing him as an 18-year-old in 2001, before moves to Metalurh Donetsk in Ukraine, Olympiakos in Greece and Monaco in France took the precocious talent across the continent.

And it was during these formative years where the midfielder realised he was in the right environment to make his footballing dreams a reality, and that adaptation was needed to achieve his goals.

“In the beginning it was tough because of the culture, the food, the acclimatisation – I needed to adapt,” Toure added.

“When I was there, I realised Europe was where I would realise my dream, playing with the best players, winning important trophies, being around the best players. Since I arrived there my head just clicked, I knew I needed to adapt. It took me six or seven months, but I do it.”

It wasn’t long before Barcelona came knocking, with Toure further enhancing his reputation during a trophy-laden three seasons under Pep Guardiola in Catalonia.

After scooping seven major honours, including a La Liga, Copa del Rey and Champions League treble in the 2008/09 season, Toure took on a new challenge, a quest for legendary status at Manchester City and the rest was history.

The term ‘legend’ is used far too frequently in football but, in the case of Toure, who made over 300 appearances and won every domestic honour during eight remarkable seasons at the Etihad Stadium, it arguably doesn’t go far enough.

His winning goals against Manchester United and Stoke in the 2011 FA Cup semi-final and final brought Manchester City’s 34-year wait for a trophy to an end, changing the course of the club’s history and laying the foundations for the success he enjoyed and which continues to this day.

“The goal against United was in a really important derby, but it made a real difference when we won the trophy because after that everything changed,” he said.

Having given so much on the pitch, now Toure has turned his hand to giving back. After coaching spells at Olimpik Donetsk in Ukraine and Akhmat Grozny in Russia, he took up a coaching role at Tottenham’s academy, where he oversees the U16s.

“As a coach I am really proud to work for Spurs because the path they are giving to the African and Asian coaches, they have been doing it for ages, and it’s brilliant. I respect that and I am fully grateful for that,” Toure said.

“When I was a football player, I was able to play with Asian guys, European, eastern European, South American because in football when it comes to players you can see the diversity is there. If this diversity can happen with coaches, it will be brilliant because football is for everyone, everybody has to be involved.”

Celebrate the Premier League’s African Heroes throughout Black History Month and beyond across Sky Sports and the Sky Sports Football YouTube channel.