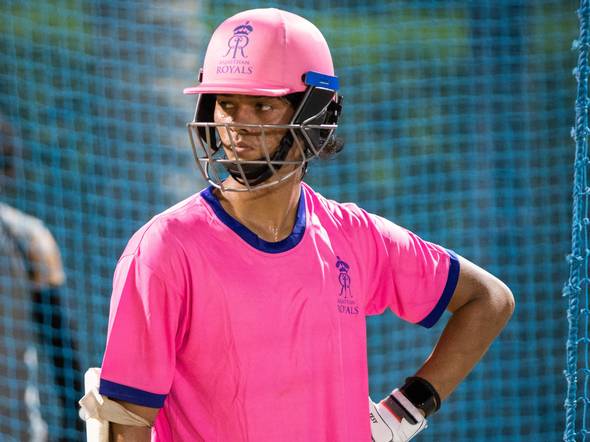 
Yashasvi Jaiswal, like every other potential young cricketer, wishes to play for Team India in the near future. And the left-handed batter, who is just 20 years old, wants to establish himself as a complete batsman in all formats of the game.

The Mumbai opener is driven by this ambition. In List A cricket, Jaiswal has amassed 1,115 runs, including three centuries and five fifties, at an average of 48.47 and a strike rate of 83.27.

His numbers in the red-ball format, though, stand out. After making his Ranji Trophy debut in January 2019, Jaiswal’s second outing in the competition was in the quarter-final this season, when Mumbai met Uttarakhand. Jaiswal smashed a century in the 2nd innings of the quarter-final and followed that innings by smashing centuries in each innings of the semi-final match against Uttar Pradesh.

Scoring three-century in a row in red-ball cricket is never easy, regardless of the opposition’s bowling attack or the conditions. Jaiswal, seen as Mumbai cricket’s next great thing, believes he can perform even better.

While batting first alongside Jos Buttler in the IPL, Jaiswal used to focus mostly on his own game. However, he has benefited greatly from the advice of England’s white-ball mainstay.

“I would think mainly of the strokes I should be playing and what my role for the team was. But yeah, we used to have a lot of conversations during the IPL and I would listen carefully to what he used to say.

“His words, especially those related to focusing on proper cricketing shots, have been very beneficial to me,” Jaiswal told the Telegraph.

On being asked what tips he took from Yuzvendra Chahal being a leg-spinner himself, Jaiswal told Times of India, “He is a mystery man (laughs). He is also a legend in his department. He has a number of variations. He plays chess very well. I talked to him and have taken bowling tips.

Also Read: Having Played So Long For Bengal, If Someone Hurled Nasty Comments At You, It Hurts, That’s Why I Decided To Change My State – Wriddhiman Saha