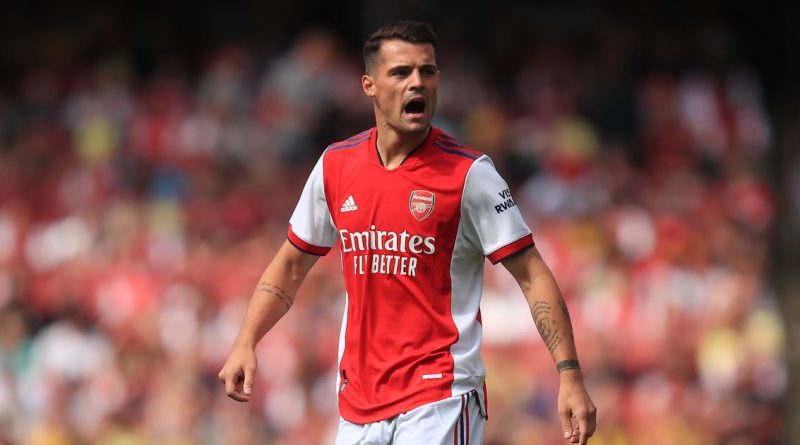 Mikel Arteta has made three new signings this summer, with Ben White finally joining Arsenal for £50million last week, but there is still plenty of business to be done in north London

Mikel Arteta is facing the daunting task of making any last minute additions to his squad as he looks to find the right balance in his Arsenal side.

Ben White was brought in most recently, following Nuno Tavares and Albert Sambi Lokonga through the arrivals door at the Emirates.

The Brighton defender completed his switch to the Emirates Stadium for a colossal £50million fee, though he is a player capable of transforming the Gunners’ defence in a short space of time.

Arteta also appears to have reached a decision on Granit Xhaka’s future, while he mulls over further possible departures.

Crystal Palace manager Patrick Vieira is plotting a move for Arsenal youngster Reiss Nelson as he looks to continue attracting young talent to the club.

The former Gunners icon is targeting a loan deal for the 21-year-old, who is out of contract at the Emirates Stadium next summer.

Palace have placed an emphasis on recruiting young talent this summer, having already signed Michael Olise and Marc Guehi, as well as recruiting Conor Gallagher on loan from Chelsea.

Who should Arsenal buy and sell this summer? Have your say in the comments below


Nelson is the latest name being considered by the Eagles and is viewed as a priority addition in the club’s search for a wide man, according to the Sun.

Unlike other Arsenal academy youngsters such as Emile Smith Rowe and Bukayo Saka, Nelson is yet to be handed a regular run of games by manager Mikel Arteta and made just two Premier League appearances last campaign.

Bukayo Saka reportedly played a role in helping to bring Ben White to Arsenal after he told Arteta to push ahead and sign the defender from Brighton.

And according to The Athletic, Saka gave Arteta ‘overwhelmingly’ positive feedback on the defender, giving the Gunners the green light to push ahead with the deal.

White shares mutual respect with Saka after naming the teenager as one of the players he is most excited to play with at the Emirates.

“So I had a bit with Bukayo over the summer,” White said in his first Arsenal interview.

“I hadn’t seen much of him before then and he really surprised me how talented he is.

“[I didn’t train against him a lot] but some of the other boys did. He’s so sharp and I was really surprised how good he is.”

Mikel Arteta has confirmed that Granit Xhaka will remain at Arsenal despite strong rumours of a move to Jose Mourinho’s Roma.

LONDON, ENGLAND – AUGUST 01: Granit Xhaka of Arsenal during the Pre Season Friendly between Arsenal and Chelsea at Emirates Stadium on August 1, 2021 in London, England. (Photo by Marc Atkins/Getty Images)
(

The Swiss looked nailed on to become one of Mourinho’s new poster boys in the Italian capital, with a move of around £20m mooted.

However, Arteta has confirmed that Xhaka will be going nowhere this summer, and will play an important role for Arsenal this season.

“Granit is going to be staying with us,” Arteta revealed after the game against Chelsea. “He’s a player that we value so much he’s a key member of our squad.

“He wanted to play today and I think it’s very clear coming from his side that he wants to be here.”