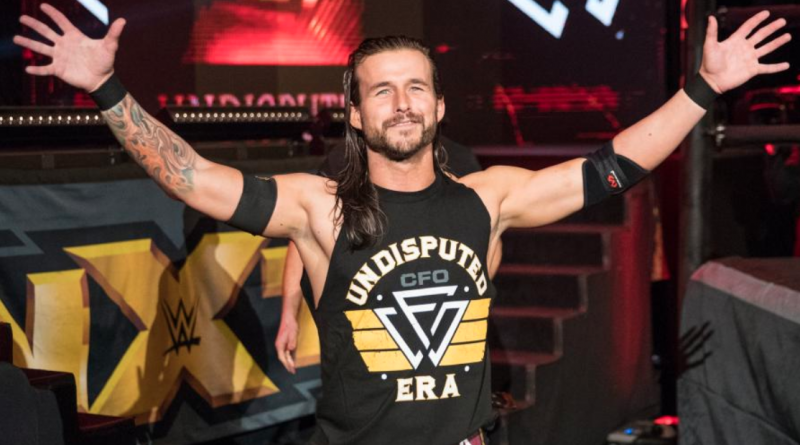 WWE are on the brink of losing the services of fan-favourite Adam Cole, it’s been claimed.

Last week, reports emerged that the 32-year-old’s contract with wrestling’s premier promotion is set to expire in 2024.

But according to Wrestling Inc, Cole’s deal is set to come to an end after SummerSlam later this month.

They claim the former NXT champion’s contract with WWE expired after the Great American Bash last month but was extended after the event.

An excerpt of their report read: “Adam Cole is going to become a free agent this month.

“Cole had been rumoured to have his contract expire in 2024, but Wrestling Inc. has learned that it is expiring this month after SummerSlam.

“Cole’s contract was actually up after the Great American Bash, but he extended it.”

It’s been claimed a number of promotions are interested in snapping up Cole, who defeated Kyle O’Reilly by pinfall at the GBA.

AEW – who have snapped up a number of former WWE standouts – will no doubt look to acquire his services if he becomes a free agent.

Impact Wrestling could also look to snap up the talented Cole, who still holds the accolade of being the longest-reigning champion in NXT history.

Cole recently expressed his desire to stay at NXT for years to come, telling talkSPORT: “There is so much to do.

“I would love to win the NXT title again

“I find it so flattering that there are people that want to see Adam Cole on RAW or SmackDown so, so badly.

“But then there’s another group that’s like no, I want him to stay in NXT.

“Right now, the possibilities of things to do on any of the three brands feels endless for me. It just feels exciting across the board.

“Being able to stay in NXT, even with the 403-day reign and being a triple-crown winner and all that stuff, I’ve been with the brand for such a long time and I’ve seen it grow so much that it’s really fun to be a part of that process.

“I would love the chance to wrestle Isiah ‘Swerve’ Scott. There’s so many possibilities within that brand.

“Then of course with RAW or SmackDown there’s a bunch of talent that I haven’t had the chance to wrestle yet that I would love to as well.

“So it’s exciting, but there is definitely plenty for me to do in NXT yet.”

News of Cole’s potential departure from the WWE comes just days after the promotion revealed Bray Wyatt has been released from his contract.

A statement read: “WWE has come to terms on the release of Bray Wyatt. We wish him the best in all his future endeavours.”

The Fiend has yet to issue a statement on his shock release, although he did recently tease a new gimmick on Instagram.