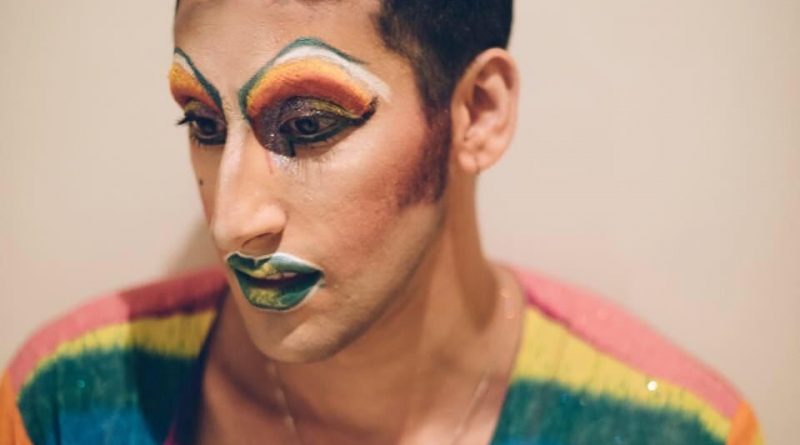 Drag performer and writer Amrou Al-Kadhi is ready for a big queer celebration.

With theatres, nightclubs and other spaces able to fully reopen for the first time since the pandemic began, and the queer community finally permitted to come together in familiar ways, Al-Kadhi is ready to make their grand return.

“I get so much of my connection from nightclubbing and being in queer spaces with loads of other people, you know, physical spaces,” the performer and writer told PinkNews.

“Also, I’m a performer – I get so much of my visibility, feeling seen and feeling connected to people through being onstage.

“Obviously, that’s been really handicapped by a pandemic – not having the outlet to perform and to watch other performers and to just be in physical queer spaces has been really, really hard.”

Al-Kadhi, also known as their drag alter ego, Glamrou, will be curating three days of events as part of the Southbank Centre’s Summer Reunion series, from Friday to Sunday (6-8 August).

“The theme of the event is reunion, so I wanted to do something about queer chosen families coming back together,” they said.

Al-Kadhi specifically decided to focus on “queer Arab and queer Muslim talent”, adding: “I’m a queer Arab Muslim myself, and I wanted to use the weekend to showcase the breadth of talent in the community.”

At the Southbank, Amrou Al-Kadhi will bring together a huge array of performers over their curated weekend. The Friday will be a club night takeover by the feminist, queer, anti-capitalist group Pride of Arabia; Saturday will be a day of performance, including music, drag and dance; and Sunday will be more interactive, featuring a bellydancing workshop, queer spoken word and a cooking class.

On Saturday, Al-Kadhi will perform an excerpt from their own drag show, Glamrou: From Quran to Queen, which is set to tour again as soon as the coronavirus pandemic allows.

Al-Kadhi said: “People might often think that being queer and Muslim is an unlikely intersection, or that there’s a lot of conflict between Arab identities and queer identities, which is not entirely untrue in some places in the world.

“But I wanted to just use the three days to celebrate the intersection and to showcase how it is a possibility.”

Amrou Al-Kadhi hopes the event will bring queer folk together after a ‘really, really hard’ year

Amrou Al-Kadhi wants other queer Muslim and Arab folk to come to the event and “feel like they’ve got a community and a home for three days”, but they also want those less familiar with the community to “learn about queer Arab history, queer Muslim history, and just to learn about the performers”.

They continued: “It’s been such a horrific year, I want people to just come away [from the Southbank Centre weekend] feeling hopeful and feeling like there is possibility. I want people to have fun, and to be hopeful.”

The curated weekend events are free, and admission is on a first come, first served basis, which Al-Kadhi hopes will add an element of surprise.

“The relaxed atmosphere will be really good, because it’s not strictly ticketed, so people don’t 100 per cent know what they’re getting,” they said.

“You can rock up and watch anything, so I hope it’s full of surprise.”