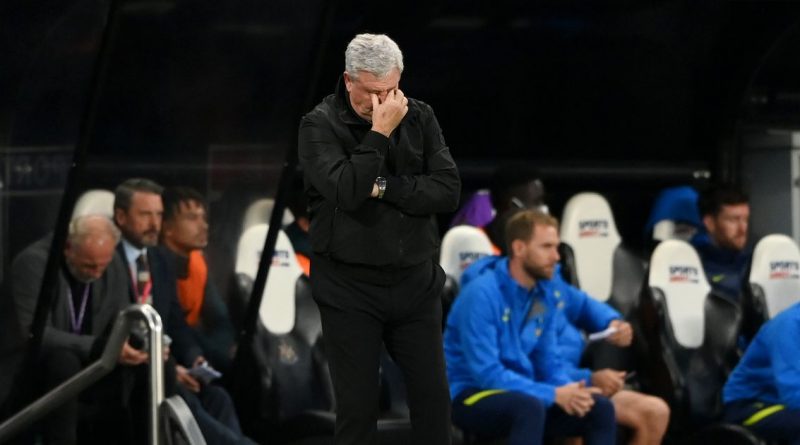 If they didn’t already, then Newcastle United ‘s new owners will be in doubt over the size of the task they face following the Magpies 3-2 loss to Tottenham on Sunday afternoon.

The clash at St James Park was the first game since the club’s Saudi Arabian-backed takeover was given the green light last week.

But the euphoria on Tyneside was short-lived, with Callum Wilson’s early goal soon wiped out by strikes from Tanguy Ndombele, Harry Kane and Son Heung-Min. Eric Dier’s late own goal wasn’t enough to salvage anything for Newcastle.

The Magpies were also reduced to ten men during Steve Bruce ‘s 1000th game in charge, with Jonjo Shelvey being given his marching orders late in the day.

But an alarming stat has emerged in the wake of a tough afternoon on Tyneside for the new Toon hierarchy.

Based on current form, Newcastle could be doomed by the time they get an opportunity to flex their newly-found financial muscle in the New Year.

The Magpies are currently on track to be on 7.5 points from 20 games by the time the January transfer window opens on New Years Day (based on .375ppg).

Even if the winless side are able to double that tally, they will still be far from safe from relegation to the Championship.

Bruce’s side have mustered just three points from their eight league games so far this term and are rooted in the relegation zone – just a point above rock-bottom Norwich.

And while Bruce’s future remains uncertain, it’s a scenario that can still hamper Newcastle even if he departs.

It’s going to be very difficult to attract the calibre of candidate that the club’s new hierarchy are likely to want if they remain buried in the depths of the drop zone.

And Newcastle are likely to encounter a similar problem when it comes to potential new recruits when the January transfer window reopens.

HAVE YOUR SAY! What did you make of Newcastle’s performance in the defeat against Tottenham? Comment below

But it’s looking less likely that Bruce will be around to experience that issue as the atmosphere turned toxic at St James Park.

Home fans joined in with Tottenham’s taunts suggesting that Bruce would be dismissed in the morning – although the beleaguered Toon chief remained defiant in his post-match comments.

“That is for other people to decide. Ever since I have walked into this club of ours, it is difficult. I knew how difficult it was going to be with the frustrations,” Bruce told the BBC after the match.

“I will carry on as best I can until I hear otherwise. The owners have conducted themselves respectfully since they came in. As long as I hear otherwise, I will go into work tomorrow.”

And the Toon boss admitted to The Northern Echo that the club are in a relegation battle despite their recent takeover.

“Have we not been in that (a relegation battle) for five of the last six years? I would think so,” added the Newcastle boss. “We’ve been up against it since I picked up the reins.

“To finish 12th and 13th, I found that very respectable for where we are at the moment. I’m still convinced we’ll win a relegation battle again.

“But of course if you’re in the bottom half of the division, then you’re in a relegation battle, if that’s the way you want to put it so early.”