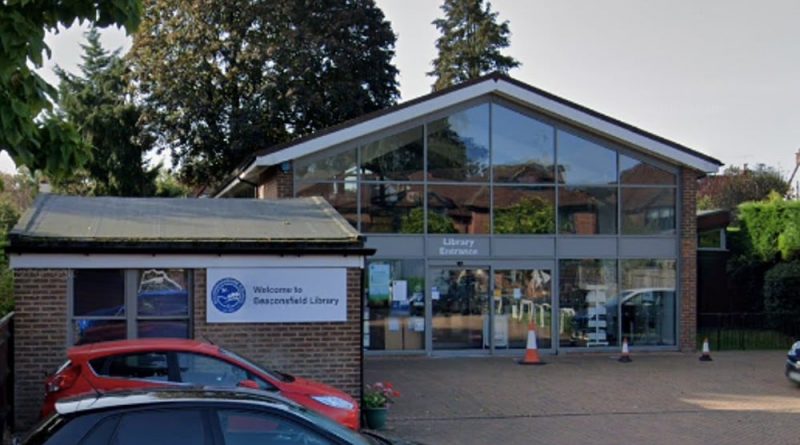 A pensioner has been found guilty of stalking and harassing two straight librarians whom she believed were having a lesbian affair.

Louisa Carlton, 66, was given a restraining order and a 10-year ban from Beaconsfield Library, Buckinghamshire, after becoming fixated on Dorota Fraczeck-Streeter and Lisa Taylor-Puzey.

Although the two women are happily married to men, Carlton became convinced that they were in a romantic relationship and were trying to involve her in their secret lesbian affair.

The court heard how the wealthy divorcee would persistently harass and abuse the librarians, turning up at their homes, following them into shops and screaming insults as they left work.

The women said they’d seen Carlton hiding behind cars and hedges, filming and taking photos of them.

On one occasion when Fraczeck-Streeter was giving her colleague a lift in her car, and Carlton emerged from behind a pillar in the library car park and confronted them.

“As they walked out to the car Carlton was filming them on her phone and approached them shouting at them,” prosecutor John Carmichael said.

“Carlton came to the car door and Mrs Taylor-Puzey locked the car. Carlton attempted to open the car door and she was banging on the window and shouting obscenities. She then stepped in front of the car to stop them from leaving. Both ladies were shaken by this incident.”

On another occasion the woman approached Fraczeck-Streeter in a shop and screamed: “I know what you are up to, you should be ashamed of yourself. I will tell the police, I have a case against you.”

Carlton wore sunglasses throughout the bizarre hearing, in which she defended herself. She denied stalking the librarians and continued to insist they both were lesbians.

Throughout her evidence, Carlton referred to Fraczeck-Streeter and Taylor-Puzey as “the Polish lesbian” and “the unpleasant lesbian” until ordered to stop by judge Catherine Tulk.

She claimed that when she visited the library in 2018, Fraczeck-Streeter would be affectionate towards her, looking at and touching her breasts, speaking to her with a “gentle voice” and showing signs of jealousy when she was served by other librarians.

When Taylor-Puzey began working at the library Carlton became convinced that she too was a lesbian and that the pair were conspiring against her.

After looking in Fraczeck-Streeter’s car she said she found “evidence” of their affair: “a pair of handcuffs”, “little bottles – I don’t know what was in them”, “a towel” and “hygienic material”.

In a fragmented address to the jury, Carlton reportedly referenced the painting The Birth of Venus by Botticelli, claimed she “was not homophobic” and stated that “the truth will come out”.

“Neither woman has suffered any mental distress. If anyone has been affected, it is I,” she said.

As judge Tulk read the the witness testimonies Carlton shook her head and quietly muttered “no, no, no”. When the summary was complete she suddenly informed the jury that her faux-fur jacket was not made of real fur.

After a three-day trial Carlton was found guilty of two counts of stalking on Monday (8 November). The judge stopped short of a prison sentence, explaining that “prison is not the best place for her” and that she needed help from the community.

Carlton asked to appeal the conviction.