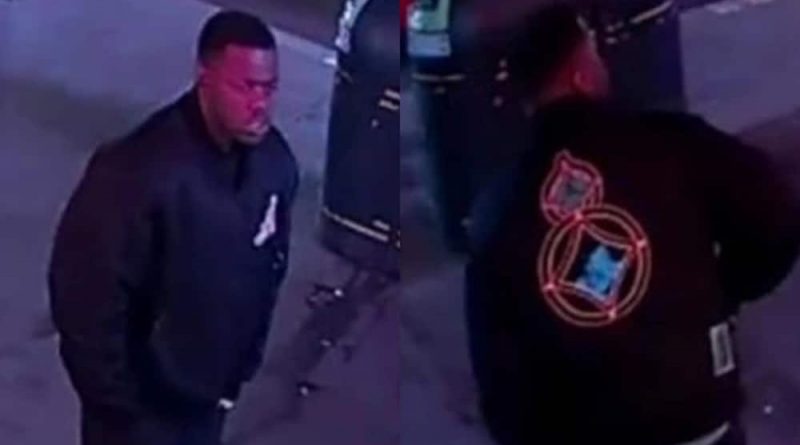 Police are searching for a man who punched a woman near Piccadilly Circus, one of London’s main thoroughfares.
(Metropolitan Police)

London police are hunting for a man who punched a woman to the ground after she refused to give him her phone number in a “homophobic” attack.

The 21-year-old was left with a fractured jaw and was rushed to hospital by the London Ambulance Service following the brutal attack on a night out in London’s West End.

The woman, who was treated for facial injuries, was discharged from the hospital after several days.

According to the Metropolitan Police, the city’s force, the victim left a nightclub with another female in the early hours of 1 November when a “very flirty” man approached them.

At around 2.15am near Piccadilly Circus in Westminster, the suspect asked for the pair’s mobile phone numbers.

When they told the suspect that they are girlfriends, he shot back with homophobic slurs.

He then swung at the woman in the face, knocking her down to the pavement, before smacking the bottom of the second 21-year-old woman. The force recorded this as a sexual assault.

The suspect is described by cops as a tall, muscular Black man who spoke with what may have been an American accent.

He was wearing a black bomber jacket with a large logo or another similar graphic on the back, according to surveillance footage released by detectives on Monday (8 November).

The Met’s investigation, led by officers from the Central West Criminal Investigation Department (CID), is now combing through local CCTV.

“After leaving a nightclub in the West End, the two women had been approached by a man in the street, whom they described as being ‘very flirty’ and trying to get their phone numbers,” explained detective sergeant Mo Osmon of CID in a news release.

“When told that the pair were girlfriends, in an attempt to dissuade him from harassing them, the man made a homophobic remark.

“During a subsequent altercation, the man punched one of the women in the face with sufficient force to knock her to the floor resulting in a fractured jaw.

“It is highly likely that this man will have approached other women and girls in the West End.

“Given the level of violence used it is vital that he is identified and traced. If you know who he is, please contact police.”

Anyone who can identify the man, or any witnesses, are asked to call 101, ref 694/01nov. To remain anonymous, please contact the independent charity Crimestoppers.

In statistics that capture the ratcheting fear felt among LGBT+ Brits, there was a 210 per cent surge in anti-LGBT+ hate crime from 2014 to 2021.