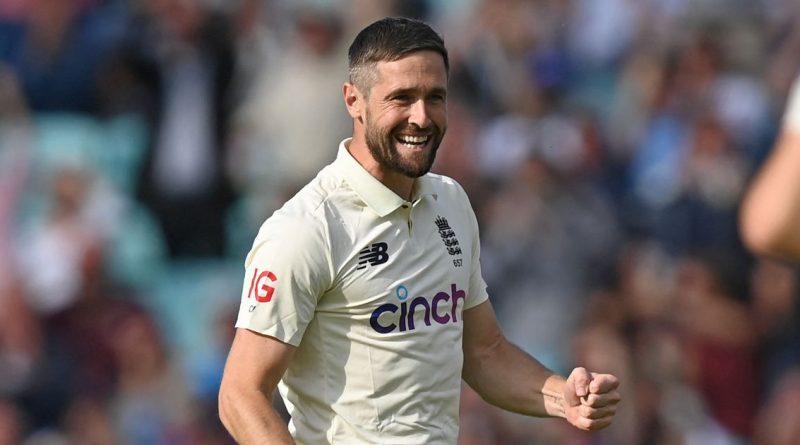 Chris Woakes showed his true value with a bumper four-wicket return after a year on the sidelines – but at £200,000 per wicket, that still seems a little steep.

If Woakes keeps bowling like this though, then you can expect that mischievous number to come down over the next couple of weeks as he makes up for lost time.

The Warwickshire man has trousered a hefty central contract plus tour fees this year, but through no fault of his own, this is the first Test he has played since last summer and 4-55 shows what has been missing.

He suffered his own pingdemic on the way to Sri Lanka as a close contact of Moeen Ali which ruled him out of the two Test series in Galle, and then rest and rotation ruined his chances of playing an active part in the India series that followed.

And when he was put into quarantine after the Covid-halted IPL, the New Zealand series passed him by too.

The last unlucky straw was a heel injury, caused by falling down the stairs and aggravated in training, which means a first Test appearance in September.

It was worth the wait though after he backed up Joe Root ’s decision to bowl first and helped dismiss India for just 191 on the first day with Ollie Robinson also catching the eye with 3-38.

But with Root himself gone, bowled through the gate by Umesh Yadav for 21, before the close along with both openers, England ’s position on 53-3 is not a strong one.

They could have been better placed, but they allowed the returning Shardul Thakur, batting at eight, to claim the fastest ever Test fifty in England from just 31 balls.

Thakur replaced the ineffective Ishant Sharma for this game and is expected to contribute more with ball than bat, but he has etched his name into cricket history with an innings of counter-attacking brilliance that his nickname namesake would have been proud of.

Shardul Thakur scored the fastest ever Test fifty at The Oval
(

Thakur is known as ‘Beefy’ by his teammates, and as if to emphasise the point, it was Lord Botham’s own record at the Oval set 35 years ago that he beat by just one ball.

“I didn’t know that was the record,” said Thakur. “These guys are teasing me with his name and it is good to be compared with the greats of the game. Today I could connect properly and if it was in the slot then I hit it.”

Thakur arrived in the middle at 117-6 with England snaffling three wickets in each of the first two sessions with Woakes kicking things off both times with Rohit Sharma caught behind in his first over and then Virat Kohli caught by Root at slip after the lunch break.

Woakes should have had Virat Kohli on his way too, but his skipper put him down on 22, the first of four drops on the day by a ragged England.

The way that Kohli batted either side of that chance suggested that England would pay heavily for the mistake. Two on drives in particular were simply divine.

But Robinson made sure the pain wasn’t too great with a beauty to take his edge when he had made 50.

The bowlers are dominating again, and it is making for compelling cricket.