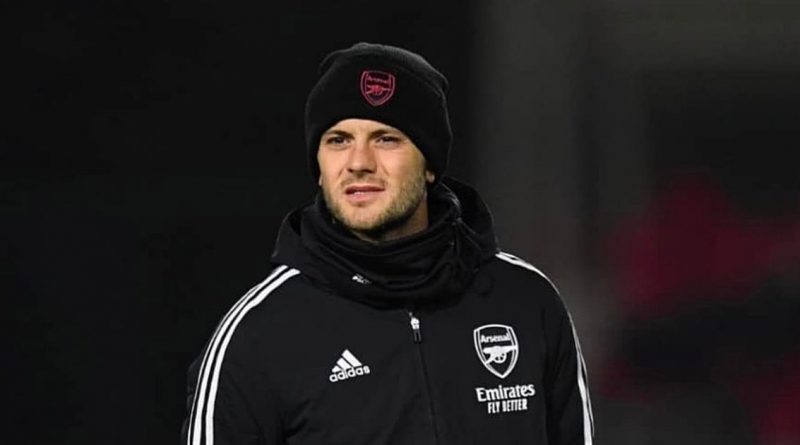 Jack Wilshere says he is “looking forward to being more involved” after starting a new temporary role at Arsenal.

The 29-year-old is now back with the Gunners in a bid to maintain his fitness, with his eyes still on finding a new club by the January transfer window to continue his playing days.

For now, though, Wilshere is helping out his former club’s academy and was a coach on Tuesday evening in their under-17’s match.

“Really enjoyed being part of the U17 coaching team last night in the London Cup,” the former West Ham midfielder wrote on Instagram.

“Thought the boys were brilliant and played some really good football.

“Looking forward to being involved more!”

“What you should believe is that we want to help Jack prepare for his next stage, physically, mentally,” Arteta told Arsenal.com.

“He wants to do his coaching badges again and we are prepared to fulfil all the needs that he wants.

“That is basically the idea and it is no further than that.

“I am very happy to have him back.”

“We had a conversation with Jack and understand the needs that he has, the period that he is going through and I think everyone at the club agreed it was the right moment to help him.”

Wilshere recently told Mirror Football about his impressions back with the Gunners under Arteta, revealing: “He makes it clear to the players what he wants from them [the squad] and I think as well you’re starting to see that on the pitch.

“They have a clear philosophy and a way they want to play and I think that is credit to the manager.

“He’s a very hands-on coach, he’s on the pitch, talking to people and shouting, pulling people where he wants them and making it clear to them really.”

Where would be a good move for Wilshere? Comment your thoughts below.

The playmaker, touted as English football’s next big thing when he broke through at the Emirates in 2010, has revealed his next step would ideally be away from home shores.

“I want to go abroad, try something different,” he told The Athletic in August as he outlined his future ambitions.

“I think it’ll be good for me, for my life, my family.