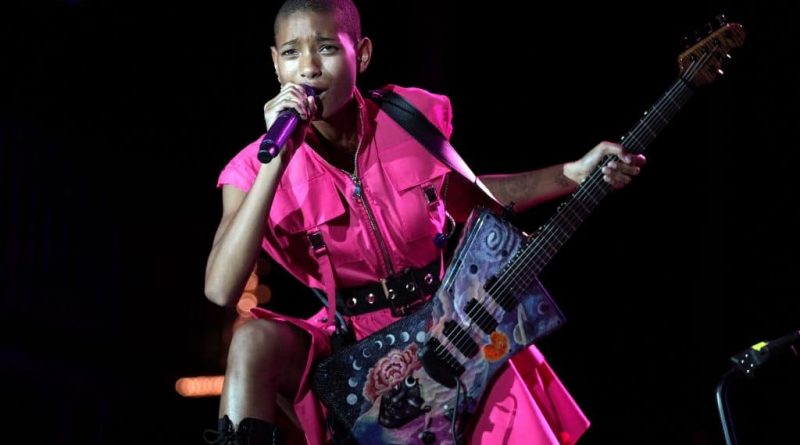 The artist will headline the show at the Electric Ballroom in London on 9 December.

Fans will be able to get their hands on Willow Smith tickets on 29 October from Ticketmaster and See Tickets.

The show is in support of her latest album lately i feel EVERYTHING and follows up her recent headline US tour.

Her punk and rock-infused album features singles “Transparent Soul” and “Grow”, which are also collaborations with Travis Barker and Avril Lavigne.

In 2019 Willow came out to her mother and grandmother during an episode of Red Table Talk, which sees the three generations of the Smith family have open conversations about “taboo” subjects.

During the episode on Facebook Watch she told them: “I love men and women equally,” and would “definitely” consider polyamory.

Since then she’s opened up further about polyamory on the show, saying she wants the “freedom” to be able to create a “relationship style” that works for her.

More recently her track, “Meet Me at Our Spot” as part of the group The Anxiety, became a viral hit on TikTok.

Next year the singer will support Billie Eilish on a number of US shows on her Happier Than Ever World Tour.

To find out how to get tickets to her one-off London show, read below.

When do Willow Smith tickets go on sale?

They go on general sale at 9:30am on 29 October via Ticketmaster and See Tickets.

Meanwhile a presale takes place at 9:30am on 28 October via Live Nation, just sign up for free at livenation.co.uk and log into your account to get tickets.