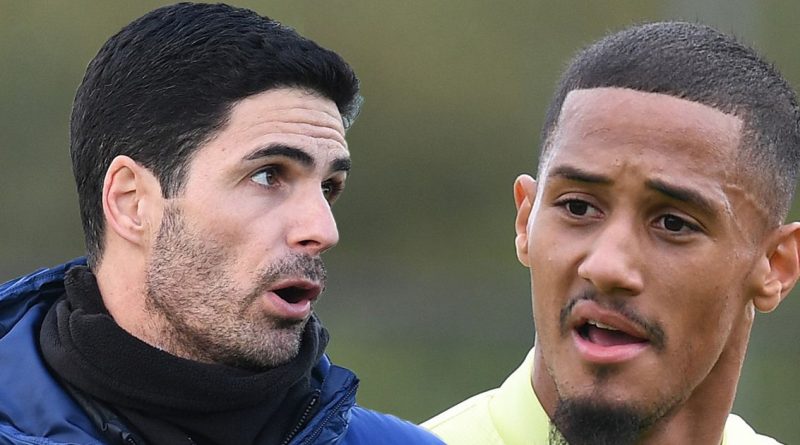 
William Saliba is over the moon for Emile Smith Rowe after committing his future to Arsenal.

The rising star penned a long-term deal at the Emirates until 2023 as Mike Arteta looks to build his team around the midfielder moving forward.

It came as a huge boost to the Gunners as the youngster attracted attention from various clubs including Aston Villa who had two bids rejected for the playmaker.

But Smith Rowe has pledged his future to Arsenal and will be staying in North London for the foreseeable.

The 20-year-old reacted to his decision on Instagram by announcing that he will be wearing the no.10 jersey this season for the Premier League side.

Does ArsenalWilliam Saliba still have a future at Arsenal? Comment below

His Arsenal teammates were delighted for him including Saliba who joined Marseille on a season-long loan earlier this week.

The defender commented on Smith Rowe’s post passing on his congratulations to him.

Smith Rowe reflected on his “crazy journey” coming through the Arsenal youth ranks and insists a “big season” is ahead of him after putting pen to paper on a new deal.

He said: “It’s been a crazy journey, like I said, being here since I was 10 years old, coming through the ranks with loads of team-mates and stuff along the way.

“So finally putting pen to paper on a long-term deal is something that I’ve been waiting to do.

“I feel like it’s definitely been an up and down journey, there have been a lot of downs with injuries and so on, and I feel like I’ve had a lot of experience, going out on loan and stuff.

“So it’s definitely been a hard one, but I’m really happy to commit my future to Arsenal.

“I feel like I don’t really try to set myself any challenges going forward, I try to keep moving forward game by game and see how it goes. I don’t like to put too much pressure on myself, but I’m sure it’s going to be a big season for me and the team as well.”

“The manager always wants me to score more goals, I think that’s important for the position that I play in. So I just want to try and score and create more goals for the team, I think that will help us majorly, so that’s what I’m going to focus on in training as well.”