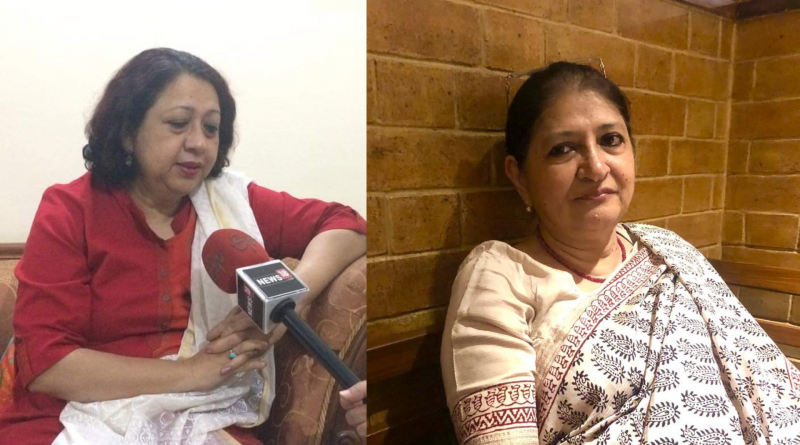 The top court ruled that sex workers should be treated with dignity and that workshops be held to make them aware of their rights.

“This is a welcome step taken by the country’s top court. It is only fair to reiterate that sex work is a profession like any other. It is the duty of society to ensure that sex workers can earn a living without harassment,” Hasan told the IPS.

In the absence of a law, the Court invoked its special power under Article 142 of the Constitution to issue guidelines that define sex work as a profession.

A three-judge bench headed by Justice L Nageswara Rao said that sex workers are entitled to protection and dignity in the eyes of the law.

“Notwithstanding the profession, every individual in this country has a right to a dignified life under Article 21 of the Constitution of India,” said the Supreme Court order, as published on LiveLaw.

“Whenever there is a raid on any brothel, since voluntary sex work is not illegal and only running the brothel is unlawful, the sex workers concerned should not be arrested or penalised or harassed or victimised.

“When it is clear that the sex worker is an adult and is participating with consent, the police must refrain from interfering or taking any criminal action,” reads the judgment.

According to the ruling, sex workers cannot be discriminated against by police officials when they lodge a criminal complaint, especially if the offence committed against them is of a sexual nature.

It said that the police could not intervene unnecessarily in the business of sex workers, and the police should be sensitised towards them. The latest guidelines rule that sex workers be provided medical and legal care.

(The) “basic protection of human decency and dignity extends to sex workers and their children, who, bearing the brunt of social stigma attached to their work, are removed to the fringes of the society, deprived of their right to live with dignity and opportunities to provide the same to their children.”

The Court made particular reference to the children of sex workers, noting that “if a minor is found living in a brothel or with sex workers, it should not be presumed that he/she has been trafficked. In case the sex worker claims that he/she is her son/daughter, tests can be done to determine if the claim is correct and if so, the minor should not be forcibly separated.”

The apex Court has also ordered the police not to reveal the identity of sex workers to the media and has asked the Press Council of India to issue appropriate guidelines in this regard.

According to the Court, what the sex workers do for their health and safety cannot be construed as an offence. It reminded the country that Article 21 of the Constitution gives every citizen the right to live a dignified life and practice their profession without fear.

The central government needs to develop a law for sex workers. Until that happens, the Court would like to see the rehabilitation of sex workers. Police, it said, should undergo sensitisation training because they are often accused of abusing and subjecting them to violence.

However, Shahira Naim, journalist and social activist, wonders if the recent Court ruling will improve the plight of sex workers. While sex work has always been legal in India, but society treats those involved with contempt.

Despite the concern expressed by the Court, sex workers, especially women, continue to be denied dignity.  When hotels are raided, it is often the prostitute who is arrested while the male client and the pimp are allowed to escape. Training the police is necessary where it is not easy to wash away the stigma connected to the profession.

It is the enforcement of laws that will restore dignity.

“Till the stigma attached to the profession is dealt with, sex workers will continue to be disrespected in society. A good law alone cannot make life easy for them, but practising the spirit of the law will help,” Naim said.

Sex workers remain vulnerable to this day. There is the example of the 42-year-old woman killed in the southern Indian city of Bangalore by a security guard for refusing to have unprotected sex with him. In January 2020, the security guard was kicked by a sex worker when he tried to force himself upon her without a condom. He asked her to return the money he had already paid her for sex. Angry and afraid because she made a noise, the security guard allegedly slit the throat of the prostitute and escaped.

According to newspaper reports, the police eventually traced the murderer and took him into custody.

A sex worker who did not want to reveal her name said the existing laws are not bad, but they are not implemented in the way they should be. The court’s recent ruling is yet another appeal to society to practice the law of the land in spirit.

The ruling puts the plight of sex workers at the centre of a public debate at a time when people continue to be embarrassed to talk about it. The topic is taboo. Even mentioning sex workers is considered sinful in a society that once celebrated prostitutes. In Indian mythology, prostitutes are described as celestial beings. They are mentioned as a perfect incarnation of beauty and whose musical talent and masterful dance steps were appreciated by ancient society.

But it has been a long haul for contemporary sex workers who continue to struggle for a little more dignity in life. While voluntary sex work is legal, running a brothel is illegal in India. If brothels, hotels, pimping and propositioning are all illegal, then how and where the sex worker is supposed to carry out her business, questions Naim.

This kind of harassment ought to end as the Court reiterates that sex work is a profession like any other and that the police should neither interfere nor take criminal action against adults and consenting sex.

But if and when the harassment will end is the question.