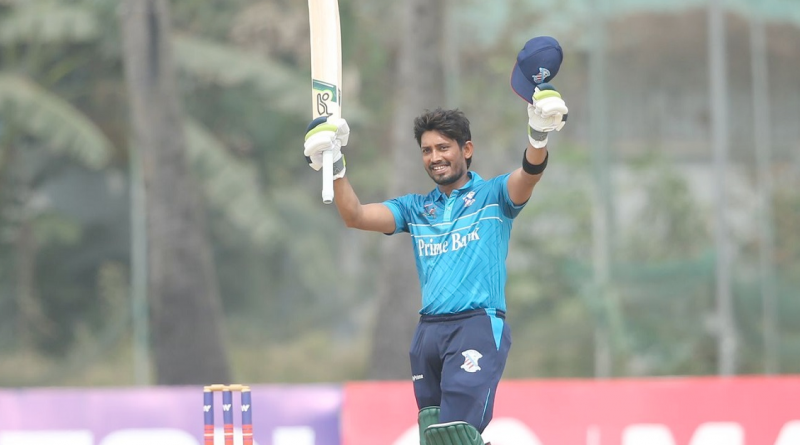 
Bangladesh has included Anamul Haque in the squad for the second Test against the West Indies after Yasir Ali was ruled out of the series due to a back injury. Anamul also will be a backup option for the white-ball series.

This is for the first time since 2019, that Anamul Haque will be seen in Bangladesh colors. He forced his way back into the national reckoning on the back of creating a world record for aggregating the most number of runs (1042 runs in the Dhaka Premier League) in a List A tournament. The previous record was held by Tom Moody, who had accumulated 971 runs in 1991.

Anamul Haque will replace Yasir Ali in the Bangladesh squad, who was ruled out owing to a back injury. He suffered the injury while batting for Bangladesh in the three-day warm-up match against Cricket West Indies President’s XI at the Coolidge Cricket Ground (CCG) on June 10.

Yasir, who has played five Tests for Bangladesh since November 2021, was likely to bat in the middle-order in the two Tests in the nonattendance of veteran player Mushfiqur Rahim, who skipped the West Indies tour to perform Hajj.

Bangladesh chief selector Minhajul Abedin confirmed the development to Cricbuzz that Anamul Haque will replace Yasir Ali in the Bangladesh squad for the second Test against West Indies.

”We have decided to send Anamul as a back-up batsman considering Yasir has been ruled out from the (Test) series due to injury. ‘Anamul is scoring runs consistently at domestic cricket and as a result we have included him in the white-ball series following the Test matches,” Bangladesh chief selector Minhajul Abedin told Cricbuzz.

Meanwhile, Shakib Al Hasan will captain the side after Mominul Hasan stepped down from the Test captaincy role to concentrate on his batting after poor returns with the bat – 162 runs in six Tests in 2022.