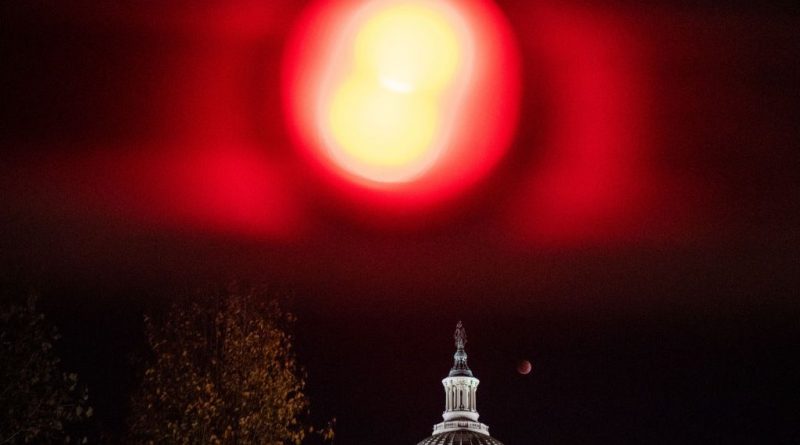 
Historically, U.S. midterm elections barely register outside of the United States in the way that presidential elections do. Who is elected governor of one state or senator of another is hardly relevant to international audiences, save for perhaps foreign governments, avid politicos, or particularly nerdy Americanophiles.

That is no longer the case. Since the Trump era, American elections of all stripes have become a matter of international concern, and observers both within and beyond the country will struggle to recall a midterm contest as seemingly consequential as the one that was held on Tuesday. These midterms were the first elections to be held since the 2020 presidential contest, when false claims that the election was stolen circulated widely in Republican circles, culminating in the Jan. 6, 2021 Capitol insurrection. Scores of candidates ahead of the Nov. 8 midterms have trumpeted former President Donald Trump’s false claims that the 2020 election was stolen. Across the country and down the ballot, these races are widely regarded as a litmus test for the durability of Trumpism, as well as a stress test for American democracy.

As of early Wednesday, both of those tests remain inconclusive. The anticipated blowout victory for Republicans in the House of Representatives never materialized, though the party is still favored to get its coveted majority. While several of Trump’s biggest endorsements such as the television doctor-turned-turned-Senate candidate Dr. Mehmet Oz and far-right gubernatorial candidate Doug Mastriano ultimately flopped, others such as Senate candidate J.D. Vance prevailed. A number of battleground races, including some that have been marred by right-wing conspiracy theories about voting machine issues, are still too close to call.

For international observers, the outcome of the hundreds of individual midterm races matters less than what they collectively indicate about the future direction of U.S. politics. “The big reason that the world watches the midterms is because they are trying to understand what is happening in America’s democracy and whether, when the United States turns up on the global stage, it’s going to be a partner to its partner and an ally to its allies,” says Leslie Vinjamuri, the director of the US and Americas Programme at Chatham House in London. “That has become increasingly unclear.”

To be sure, American politics has been all but unrecognizable to even its closest allies since the Trump presidency. If the international press’s coverage of the midterms is any indication, the most salient issue for many foreign observers, particularly in Western Europe, is the health of American democracy and its potential for even further backsliding. On the day of the vote, the German daily newspaper Der Tagesspiegel ran an editorial that framed the vote as a test of American democracy’s mettle, as did writers from the French daily Libération and Spain’s El País. Emily Tamkin from Britain’s New Statesman also asked whether this contest, filled as it was with candidates echoing Trump’s electoral fraud falsehoods, could be America’s last real election.

Read More: What Happens if a Candidate Contests the Results of a Midterm Election?

Such a question might have been unthinkable only four years ago, when the prevailing worries facing U.S. allies was whether Trump would pull the country out of NATO or enter into a trade war with some of its closest allies. These days, the concerns largely have to do with whether America’s elections can be conducted without dispute or violence and what impact, if any, its domestic political upheaval in recent years stands to have on the rest of the world.

“The question that people have is: Is the U.S. going to be a reliable partner?,” says Knut Dethlefsen, the head of the Friedrich Ebert Foundation (which is associated with, but independent from, Germany’s ruling Social Democratic Party) in Washington, D.C., who spoke with TIME from Germany. “The perception is, with changing majorities, that becomes more difficult.”

But there are also pressing policy concerns that are driving global interest in these midterms, particularly as it relates to Russia’s ongoing war in Ukraine and the climate crisis. While Ukraine has enjoyed bipartisan backing in Washington to the tune of $60 billion, further funding has become markedly more politicized in the run-up to Tuesday’s vote. Congressman Kevin McCarthy, who is tipped to replace Nancy Pelosi as Speaker of the House should the Republicans take control of the lower chamber of Congress, suggested last month that there would be no “blank check” for Ukraine with Republicans in charge—a position he has since walked back. But others within the party have doubled down on this more nationalist position, foreshadowing a potential fissure within the Republican Party, which has already seen support for Ukraine soften among its voters. In a campaign speech last week, QAnon conspiracy theorist and Republican Congresswoman Marjorie Taylor Greene pledged that, under the GOP, “not another penny will go to Ukraine. Our country comes first.”

Foreign policy largely remains the domain of the presidency, but the direction of travel on these issues is nonetheless important, especially if taking action on them requires Congressional approval. On climate change, for example, “It’s very clear that the Republican Party is packed full with climate deniers,” says Vinjamuri, noting that while the Biden administration successfully passed one major climate package in the Inflation Reduction Act, it’s unlikely to be able to do so again in a divided or Republican-controlled Congress.

Read More: ‘Everything’s at Stake’: How the Midterms Will Shape Biden’s 2024 Plans and his Legacy

Although midterm elections typically act as a referendum on the party in power, these elections are as much about President Joe Biden, who remains relatively popular on the world stage (though unpopular at home), as they are about his predecessor. So far, neither Biden nor Trump has confirmed whether they will be contesting the upcoming 2024 presidential election. But the outcome of the midterms could impact those decisions. Trump, who on election night said he would claim all of the credit for his endorsements who won their races but none of the blame if they lost, could announce his candidacy as early as next week, if he indeed chooses to run. While Biden has said that it is his “intention” to run for reelection, exit polls indicating that a majority of voters don’t think he should run again may prompt him to reconsider.

Irrespective of their decisions, these midterms offer the clearest proof to the world that the Trump era of U.S. politics was not an aberration. The question facing America’s allies is how it chooses to use that information. When it comes to the U.S.’s involvement in the world, particularly regarding its support for NATO and Ukraine, Europe “has quickly returned to a little bit of complacency,” says Vinjamuri. After these midterms, that may start to change.