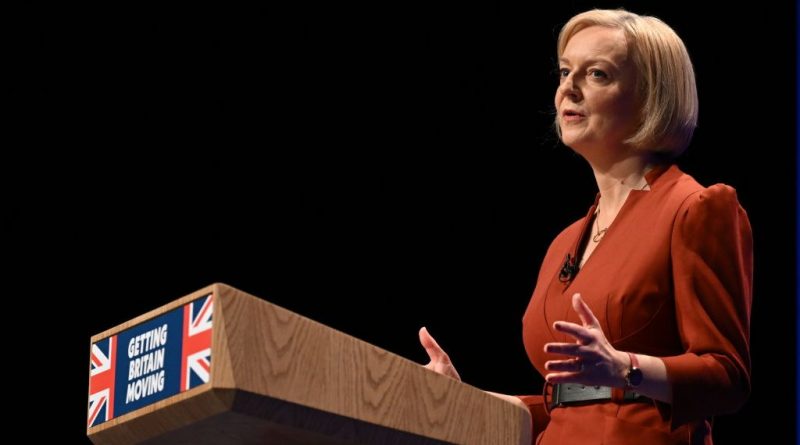 
Britain is still buzzing about how close the country came to a financial crisis in recent weeks. It may come as a surprise, though, that the episode has reignited calls for investment in climate change-fighting measures.

The saga began when Liz Truss assumed the role of British Prime Minister with a bold plan to curtail taxes for the wealthy. It quickly, and spectacularly, failed. The value of the pound plummeted as investors saw the Truss government’s approach as a sign of risky decision making. As Truss repeatedly doubled down, the country found itself on the brink of a financial crisis until it finally backed down from the policy.

At the core of the push from Truss is the question of how to revive the economy. Truss’ approach relies on the failed ideology of trickle-down economics as a growth engine. But others in the U.K., including the Labour Party and prominent non-partisan economic thinkers, hope this could be an opportunity for the country to embrace green investment—from renewable energy to battery production—as a tool to drive Britain’s economy.

From an economics perspective, the argument for green investment relies on the same key indicators that, in theory, drive any other economic decision made by governments. Public investment in clean energy programs will make the economy more efficient—think of less wasted energy and natural resources—and foster job-creating innovation. It removes economic volatility that results from a reliance on fossil fuels. And, as the effects of climate change become increasingly evident, it signals to investors that the public sector is making clear and consistent decisions to avoid the worst of the crisis. All of this, the thinking goes, should stimulate economic activity and put addressing climate change at the center of economic thinking. Of course, helping prevent the worst effects of climate change—which have the potential to melt the global economy—is another benefit.

Green investment “is the growth story of the 21st century, it really has to be center stage,” says Nick Stern, an economics and government professor at the London School of Economics and a former World Bank chief economist. “These are real investments with very positive returns.”

The previous Conservative government—led by Prime Minister Boris Johnson until this summer—embraced green growth and a transition to net-zero emissions as one of several central planks in its growth strategy. Publicly, he sought to portray himself as a climate champion, playing enthusiastic host to COP26—last year’s United Nations climate conference—in Glasgow. Truss has not abandoned the net-zero target, but she hasn’t emphasized it either. Instead, she has called for an expansion of domestic fracking and demonized climate activists. On Wednesday, she dismissed a climate activist who protested her speech midway as part of “the anti-growth coalition.”

The Labour Party, which is the primary opposition to Truss’ Conservative Party, made a green economy the centerpiece of its annual conference on Sept. 26. The party proposed a National Wealth Fund with an initial £8 billion to invest in green companies in Britain, from renewable energy to clean steel plants. And it launched a “Green Prosperity Plan” to “turn the UK into a green growth superpower,” in the words of Labour Party leader Keir Starmer. Under that plan, a Labour government would use public money to invest in a range of initiatives to foster clean energy and power the economy with 100% clean electricity by the end of the decade. “This is about fair growth powered by clean British energy everywhere in the country,” he said, adding later: “Green and growth don’t just go together—they’re inseparable.”

The proposal is, for now, just that. The next British general elections, and the potential opportunity for Labour to implement such a proposal, are likely to come in 2024. Still, some are hoping that Truss will embrace a green agenda even sooner. It’s one way, some advocates say, that she can stimulate the economy without undermining the financial markets’ confidence in her government and the British state.