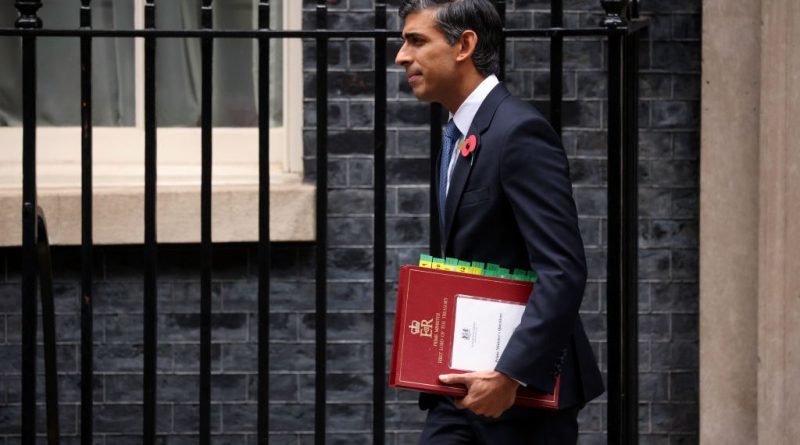 
Eight days into the job, Rishi Sunak, the U.K.’s third Prime Minister in 16 weeks, has clocked his first major U-turn after announcing he would attend COP27, the U.N.’s annual climate change conference.

Downing Street initially said Sunak would not travel to the gathering of representatives from around 200 countries because he was occupied by “other pressing domestic commitments.” The U.K. had experienced weeks of political and economic instability before Sunak took office on Oct. 25, culminating with his predecessor Liz Truss’s resignation, making her the country’s shortest-serving leader in Britain’s modern history.

COP27 is being held in Sharm el-Sheikh, Egypt from Nov. 6-18, and will focus on climate initiatives in Africa and the Global South.

On Wednesday morning, before leading his second Prime Minister’s Questions, Sunak tweeted that he will now attend the conference. His statement read: “There is no long-term prosperity without action on climate change. There is no energy security without investing in renewables. That is why I will attend @COP27P next week: to deliver on Glasgow’s legacy of building a secure and sustainable future.”

Downing Street previously confirmed that King Charles, a lifelong environmental advocate who delivered a speech at the opening ceremony of COP26 in Glasgow, Scotland last year, would not attend COP27. The decision was reportedly a “unanimous” agreement between the government and Buckingham Palace. But The Sunday Times reported that the King last month had abandoned plans to attend following objections from Truss while she was Prime Minister. “The Queen gave an entirely non-political address at Cop last year… it sounds like he is not being given the choice. That is an error of judgment on the part of the government,” a source told the newspaper.

Many took the new monarch’s subsequent decision to host a pre-conference reception at Buckingham Palace on Friday for 200 international business leaders, decision makers, and NGOs as evidence the decision was not unanimous. As things stand, there are no plans to reverse the decision for Charles to miss the conference.

Why did Sunak U-turn on his decision to skip COP27?

In his previous role as finance minister, Sunak was not viewed as having a strong commitment to the Net Zero agenda. Sunak dropped COP26 President Alok Sharma from his cabinet. Sunak’s record also saw him vote in line with his party against measures to lower carbon emissions, and in his March 2022 spring statement, Sunak ruled out a windfall tax on oil and gas companies.

The U.K has also failed to make $300 million of promised climate finance payments ahead of COP27 to support countries hit hardest by the climate crisis.

On Tuesday, former Prime Minister Boris Johnson said in an interview with Sky News that he is “very happy” to accept an invitation to COP27. The comments had piled pressure on Sunak to attend the conference and not be upstaged by Johnson, who led the U.K. when it hosted COP26.

Ed Miliband, Shadow Secretary of State for Climate Change and Net Zero and a former leader of the opposition Labour party, characterized Sunak’s decision as a tactical one. He tweeted: “The Prime Minister has been shamed into going to COP27 by the torrent of disbelief that he would fail to turn up. He is going to avoid embarrassment, not to provide leadership.”

Meanwhile, Sharma said he was “delighted” by Sunak’s reversal, having previously told The Sunday Times that he was “pretty disappointed” by his decision not to attend. Sharma believes the Prime Minister’s attendance will demonstrate the U.K.’s continued commitment to Net Zero.

Is the U.K on track to meet its climate goals?

U.K. governments have cut energy emissions by over 70% from 1990 to 2021 by closing coal-fired power stations and investing in renewable energy sources. Additionally, in 2021, Johnson established a target for all of the U.K.’s electricity to be generated by carbon-free sources and to install heat pumps in around 90,000 homes so that no new gas boilers need to be sold by 2035. But U.K. Carbon Code of Conduct said the nation is lacking a clear strategy and the government risks not reaching its 2035 target.

During COP26, climate commitments rose from 30% to 90% of the global economy being covered by Net Zero targets. Furthermore, 60 of the 100 companies listed on the U.K.’s FTSE 100 stock index representing many of the country’s largest companies, have committed to Net Zero by 2050.

While the U.K. has a number of ambitious targets in place, campaigners say it must now demonstrate its efforts to achieve them. Inger Andersen, under-Secretary-General of the U.N. and Executive Director of the U.N. Environment Programme, told Channel 4 that her advice to Sunak, as a new head of state, is to think beyond his leadership term when taking climate action.

“Climate cannot be put on the waiting list, climate action is on the now list and so all leaders need to see how they can lean into this but don’t kick that can down the road to a successor or to a second term,” Andersen said.