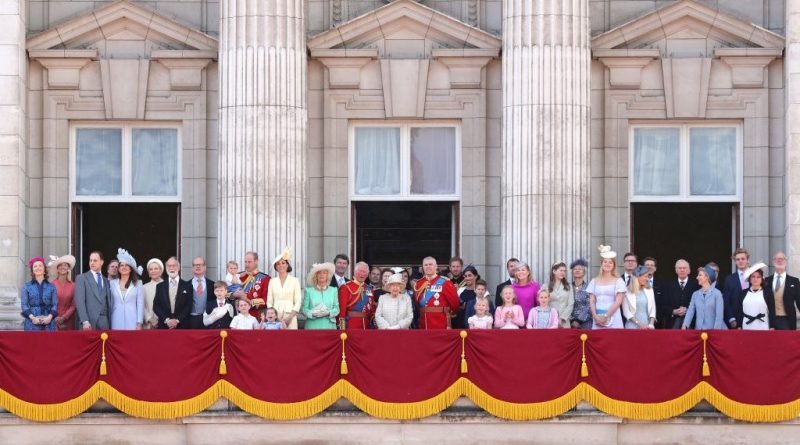 
In his new memoir, Spare, Prince Harry nods to the old adage, “an heir and spare” referring to the tradition of aristocratic families having at least two children; first “an heir” to the title and then a “spare” to bolster the family line, just in case.

The book has thrust the roles and traditions of monarchy figures back into conversation, at a time when monarchies across the world have considered changes to their succession laws and the “slimming down” of minor positions. “Minor” royals are often left in a holding pattern, with the privilege of being born into royalty separating them from the rest of society, but without a clear sense of identity or purpose.

And as the British royal family has dropped in numbers—from Prince Harry leaving the U.K. for California to Prince Andrew being barred from official duties by the Queen due to his friendship with convicted sex offender Jeffrey Epstein—the question can’t be escaped: how necessary are monarchies?

A ‘slimmed down’ monarchy

As scandals continue to emerge within the British royal family, the public has been less inclined to back them. In 2021, after Prince Harry split from the royal family and Prince Andrew withdrew from public life after allegations of sexual assault, support for the monarchy hit a new low, with a quarter of those surveyed by British Social Attitudes saying that the monarchy was “not at all important,” or should be abolished for the first time. And amongst younger Britons, support is waning—last June, a YouGov survey found that only 33% of 18-24 year-olds in the U.K. supported the continuation of the monarchy, compared to 68% of 50-64 year olds.

King Charles III’s ascension of the throne last fall led many to believe that the monarchy might downsize, since he has long called for a slimmed down monarchy. “Charles rightly has concern about the expense of maintaining a royal family.” says Arianne Chernock, a professor of History at Boston University whose specialty includes British and European monarchies.

In the 2021-22 fiscal year, taxpayers paid a total of £86.3 million to the “Sovereign Grant,” which supports the work of the royal family, £51.8 million for the “core” funding, and another £34.5 million for the re-servicing of Buckingham Palace.

The British royal family lists 23 individuals in the line of succession. A downsized monarchy would cut out many of the people on the public payroll. Last fall, plans emerged speculating that King Charles would cut the royal family to just seven members, all senior working royals. The plan never materialized, and Chernock says that any cutting will likely happen gradually.

The duties of many royals involve a lot of soft power, meeting with the public and representing the monarchy at events. “They do have a major role to play at events in Britain and the Commonwealth and around the world,” she says, “A lot of this work is the less glamorous work of the monarchy, but it’s still really important.” Princess Anne in particular is associated with over 300 charities, and serves as President of Save the Children UK.

From Denmark to Sweden, surviving monarchies have set the tone for downsizing, stripping lesser-known members of the royal families of their titles and duties as the public continues to question their checkered colonial histories and continued opulence at the expense of taxpayers.

In 2019, Swedish King Carl XVI Gustaf relieved five of his grandchildren from their “Royal Highness” titles and duties, along with the yearly taxpayer-funded appanage given to members of the royal house. The BBC reported at the time that the decision came amid controversy over taxpayer funding of the royal family, especially as the Royal House was the largest it had been in 100 years.

And in an TV documentary interview with Swedish public broadcaster SVT recently, King Carl discussed a 1980 change to Swedish Act of Succession, which introduced the inclusion of female heirs to the throne. The change retroactively applied to the King’s children, making then three-year old Crown Princess Victoria heir to the throne over her seven-month old brother Carl Philip. “My son was born and then all of a sudden you changed it and he lost it. It’s quite strange. I think it is unfair,” he told SVT. Some interpreted the comments as criticism of his daughter’s right to the throne and of the greater practice of female succession. But in a later statement he clarified his position: “The female succession to the throne is for me a matter of course. The Crown Princess is my successor.”

These types of changes to monarchies don’t seem to come easily. The Danish monarch’s decision to strip her grandchildren of their titles last October was met with controversy within the royal family as well.

Queen Margrethe II announced on New Year’s that four of her grandchildren would be relieved of their royal duties and stripped of their royal titles of prince and princess, leaving them free to “shape their own lives” while still holding their spot in line for the throne. (The four grandchildren were not in line to receive salaries from the state, which will only be given to Margrethe’s direct heir.) Her younger son, Prince Joachim, publicly expressed his family’s disappointment. “To tell my children that at the new year their identity will be taken away from them,” he told Danish media at the time. “Why must they be punished in that way?”

But members of the U.K.’s monarchy are more recognizable than others around the world, an advantage the Royal Family won’t give up too easily. “The Swedish Royal family does not have the same kind of global presence that the British Royal Family has, nor do they have the same kind of tourism.” says Chernock. “Too slimmed down and what are we looking at? At what point do we cease to be interested in the monarchy?”

Changes in the U.K. are unlikely

Chernock notes that King Charles sees himself as “a bridge from Queen Elizabeth to his son,” and is unlikely to make any major changes to the monarchy during his rule. “Britain as a nation is in such a fragile place in terms of its geopolitical identity in the wake of Brexit and Queen’s death.” she says. “I don’t think we’re going to see a major shake up of the royal family in the way some might have imagined.”

King Charles might instead look to modernize the royal family in smaller ways, “signaling their own willingness to adapt to a more modern morality,” says Chernock. The surviving monarchies have been around for thousands of years, each weathering their share of scandals and coming out on the other side. “This is not the end,” says Chernock.

But even so, she says that watching royal family spats play out in public might be a wake-up call of sorts. “What do all of these royals actually do?”

Write to Simmone Shah at simmone.shah@time.com.