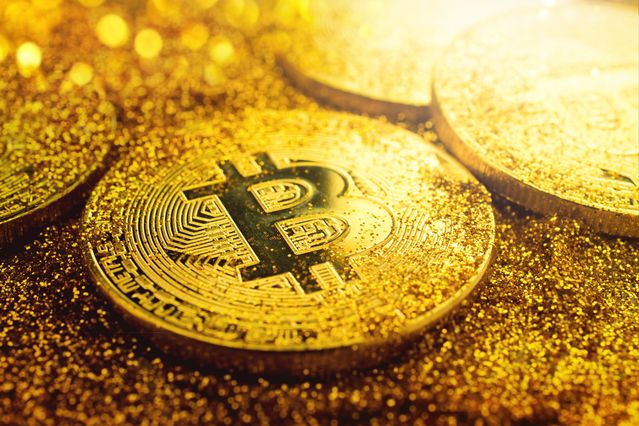 
Bitcoin slid sharply after the Federal Reserve released minutes of its December meeting, with policy makers indicating growing unease over inflation and the potential for interest rates to start rising as soon as this March.

Fed officials indicated that inflation readings and tight labor conditions could warrant an interest-rate increase “sooner or at a faster pace than participants had earlier anticipated.” The minutes, from the Dec. 14-15 meeting of the bank’s monetary-policy committee, also indicated that the Fed may start to pare back its $8.8 trillion balance sheet “relatively soon” after raising its benchmark federal-funds rate.

The selloff in Bitcoin coincided with a sharp downturn in equities, with tech taking it particularly hard. The

The selloff in Bitcoin is another sign that it is acting more like a tech stock than an inflation-fighting store of value–or digital gold, as its proponents argue.

Bitcoin’s limited supply of 21 million coins means that it can’t be depreciated like fiat currencies that are vulnerable to inflation and loss of purchasing power, Bitcoin’s fans argue. But it has failed to hold up, at least in the short term, coming under pressure as the Fed and other central banks pare back on excess-liquidity measures and prime the markets for higher rates this year.

Other cryptos also appear to be performing more like emerging-tech bets than alternative assets, correlating with the performance of the Nasdaq in the near term.

Higher interest rates and tighter financing conditions are designed to prevent inflation from spiraling further. A side effect, though, is that they tend to hit speculative assets as investors opt for safer investments. Tech gets hit hard as investors rotate into value, energy, and other sectors that could do better in an inflationary climate.

Indeed, Bitcoin’s slide has coincided with the 10-year Treasury yield surging from 1.52% on December 31 to 1.71% currently.

If Bitcoin and other cryptos aim to be viewed as true alternative assets, they will need to start performing that way. So far, the markets are treating them like speculative, high-growth bets, vulnerable to the same financial conditions now pushing tech stocks into a tailspin.