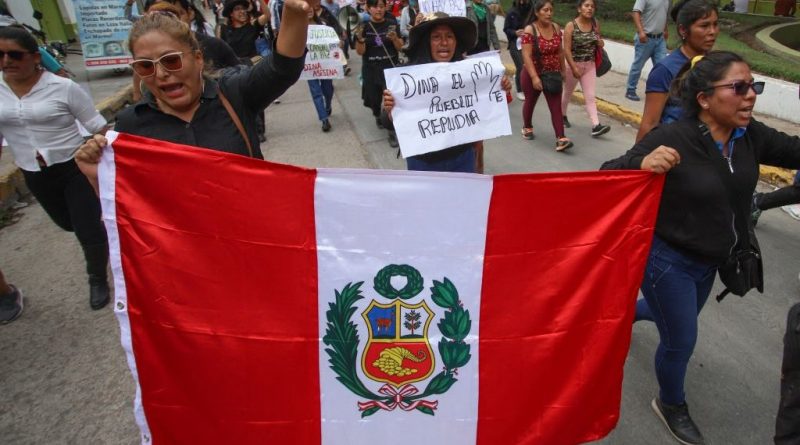 
Political unrest in Peru following the impeachment of former Peruvian President Pedro Castillo, who has been accused of corruption, has left hundreds of tourists stranded in and around Machu Picchu, one of the seven wonders of the world.

Castillo’s supporters are protesting his removal from office by blocking off roads, damaging train tracks and causing unrest at airports in major cities, limiting much of the transport in the country. In Arequipa, for instance, more than 400 protestors took over the city’s airport, blocking plane roads to demand new elections and the shutdown of Congress, according to Peruvian news outlet La Republica.

Peru declared a 30-day state of emergency on Wednesday, and much of the country is operating under a curfew.

Why is there political unrest?

Former President Pedro Castillo was the subject of much criticism due to his lack of experience and alleged corruption since he took office in July 2021. During his short term, he was the subject of six investigations, and faced charges filed by the nation’s top prosecutor that claim he led a criminal organization that profited off of government contracts.

On Dec. 7, the Peruvian Congress planned for an impeachment vote against Castillo based on corruption charges, but before noon, the former president dissolved Congress and installed an emergency government in an attempted coup.

But Castillo lacked support to carry his plan through as several government officials resigned, and the Peruvian military and national police said they rejected Castillo’s actions, per a joint statement. Castillo was then arrested and removed from power, causing waves of unrest across the country at the hands of his supporters, many of which have long felt forgotten by the political establishment. In fact, the New York Times reports, the protests have the support of the country’s largest labor unions and association of Indigenous people in the Peruvian Amazon.

More than 20 people have been killed in the protests thus far, the BBC reports, as demonstrators demand that Congress be shut down, a new Constitution be drafted and new elections take place.

Former Vice President Dina Bolaurte, the country’s first female president, is serving in the interim. She has called for elections, scheduled for 2026, to be moved up to December 2023.

What’s the plan to get Americans home?

Road blockages and other protests by Castillo’s supporters left many without a viable option to return home. American tourists Diane Thao and Sal Mireles told ABC News that they were in contact with the U.S. embassy, which is hoping to get tourists out via helicopter. That plan was contingent on Alejandro Velasco Astete Airport, located in Cuzco, re-opening, after flights were suspended Monday evening.

On Friday evening, the airport’s normal operations were restored, though another airport, Alfredo Rodríguez Ballón Airport, located in Arequipa, will only take flights starting Monday, Dec. 19, if conditions become secure.

American citizens in Peru are encouraged to reach out to their representatives for help if necessary. Rep. Maria Salazar of Florida, for instance, tweeted that she’s working with the Embassy of Peru and the State Department to help Miami constituents that are stuck in Peru.

The U.S. embassy in Peru asked travelers to “not travel to the airport until they have a confirmed flight that indicates it will depart on time,” per a statement on Friday. They added that the government of Peru resumed “limited rail service” on Friday evening to help people travel to a “designated point on the railway,” but they will have to travel the rest of the way to Cuzco in another vehicle.

The U.S. State Department asked citizens to reconsider traveling to Peru because of civil unrest and crime.