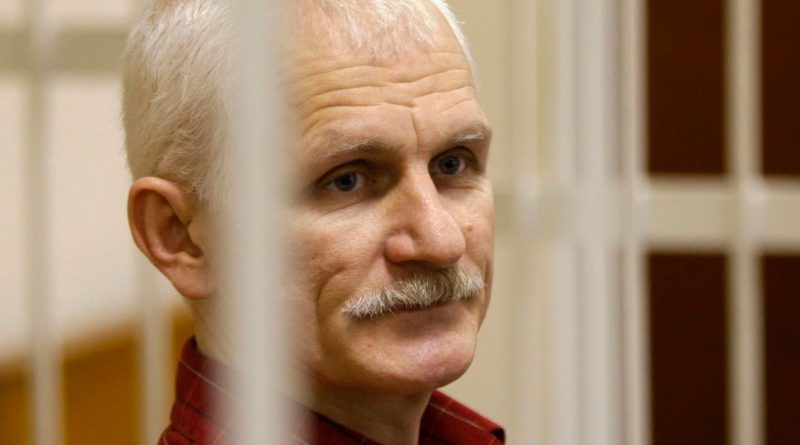 “Through their consistent efforts in favor of human values, anti-militarism, and principles of law, this year’s laureates have revitalized and honored Alfred Nobel’s vision of peace and fraternity between nations,” said Berit Reiss-Andersen, the chair of the Norwegian Nobel Committee, “a vision most needed in the world today.”

By honoring these particular laureates, the Nobel committee appeared to underscore the importance of civic society in combating authoritarianism. Bialiatski is one of the early founders of the pro-democracy movement that emerged in his native Belarus in the mid-1980s, and has been languishing in prison since last year. Memorial and the Center for Civil Liberties, for their part, have been working tirelessly to defend human rights in warring Russia and Ukraine (the former was banned by the Kremlin last year). Nowhere has the need to recognize human rights defenders been more relevant in the past year than in Russia, where Vladimir Putin’s desire to quash democracy in neighboring Ukraine has resulted in the months-long invasion, or in Belarus, where the longtime dictator Alexander Lukashenko has supported Putin’s war effort all the while suppressing democracy and its advocates at home.

Sviatlana Tsikhanouskaya, the Belarusian opposition leader, congratulated Bialiatski in a tweet, calling the honor an important recognition for all Belarusians fighting for freedom and democracy in their country, which has been ruled by Lukashenko, known as “Europe’s last dictator,” for nearly 30 years. Tsikhanouskaya, who herself was tipped to be among the favorites to win the prize, told TIME in an interview this week that Belarus’s fight for democracy is intertwined with that of Ukraine’s. “It’s a very important sign for Belarusian people that they are not forgotten, they are not abandoned,” she said. “The world remembers us.”

Ukraine’s Center for Civil Liberties thanked the international community for their support, noting that the Nobel recognition is “very important to us,” according to the New York Times. In an Instagram post following the news, Russia’s Memorial said: “For now, we have no words.”

When asked whether this year’s winners represented a “timely birthday present” to Putin, whose 70th birthday coincides with the award’s announcement, Berit Reiss-Andersen said that “this prize is not addressing President Putin—not for his birthday or in any other sense.” But Reiss-Anderson noted that Putin has brought himself enough attention through his authoritarian actions, and emphasized that a Nobel Peace Prize is awarded for something and to someone, not against them.