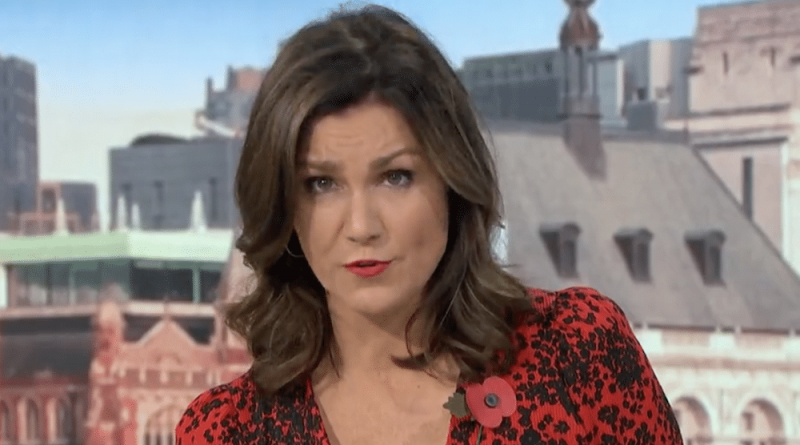 Megan and Whitney Bacon-Evans, known for their YouTube channel What Wegan Did Next, appeared on Good Morning Britain on Tuesday (9 November) to discuss their landmark case against the NHS over fertility treatment discrimination.

During the segment, Reid asked the couple: “What are your dreams, what are your hopes? Who wants to be mum? How many children would you like to have?”

Awkwardly, Megan responded: “Well, we both want to be mum.”

The presenter suddenly appeared flustered, realising her mistake, and said: “‘Sorry, of course you both want to be mum as in, of course you’ll both be mum… I apologise for that insensitivity.”

Reid clarified her question: “Who wants to carry the baby?”

While Megan and Whitney shrugged off the blunder, Reid’s question points exactly to why it is so vital to increase awareness of the struggles faced by queer parents.

Susanna Reid stumbled while interviewing Megan and Whitney Bacon-Evans, who are currently suing the NHS

This month, the couple began legal action against their clinical commissioning group (CCG) in Frimley, accusing the NHS of barring same-sex couples from starting a family based on wealth.

The Bacon-Evans, like many UK queer couples, have had to pay thousands of pounds before they can receive NHS-funded in vitro fertilisation (IVF), unlike mixed-sex couples.

While trusts across the country vary in their specific requirements, most need cisgender mixed-sex couples to “try” for a set amount of time to receive NHS-funded fertility treatment.

Cis same-sex couples, as well as many trans and non-binary people, after forced to pay for multiple rounds of intrauterine insemination (IUI) or IVF to “prove” that they are struggling with fertility.

A lesbian couple are calling for the same fertility rights as heterosexual couples after they were refused the chance to have treatment provided by a branch of the NHS’s fertility sector.

NHS Frimley CCG, according to The Guardian, asks female same-sex couples and single people with wombs to pay for 12 rounds of IUI or IVF to receive help on the NHS.

The couple wrote jointly on Instagram that they were “shocked and devastated to discover the discrimination that lesbian couples, bisexual women and individuals with wombs face in starting their family”, and added: “This is something that has the possibility to make REAL change for everyone.”