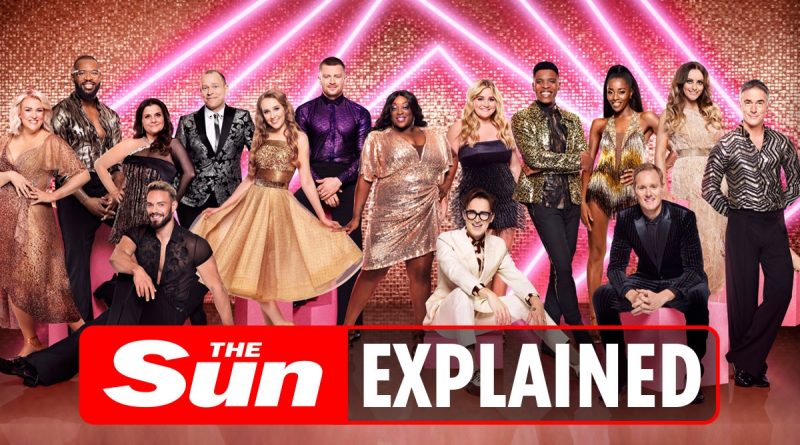 
AS the competition heats up, another Strictly Come Dancing celebrity has left the show.

After a high-scoring Movie Week, judges Shirley Ballas, Craig Revel Horwood, Motsi Mabuse and Anton Du Beke were far more critical this time around – and one couple paid the price and have now left Strictly.

Actor Greg Wise became the fourth celebrity leave Strictly Come Dancing this year, after failing to impress the judges with his samba to disco classic Macarena.

The Crown star and his dance partner Karen Hauer dropped into the bottom two after their first latin dance of the season scored them just 19 points.

Despite four 10s being dished out during Movie Week, the judges were tougher on the celebrities this time around.

Sara Davies and Aljaz Skorjanec top-scored with 36 after a stunning Tango.

Meanwhile, Adam Peaty and Katya Jones were joint-second on the leaderboard with their raunchy Argentine Tango – that ended in a supposed attempted kiss between the couple.

Yet, it was Greg who was the third to be voted out of the show, following Katie McGlynn’s departure last week and Nina Wadia’s exit in the first elimination round.

It comes after Robert Webb was forced to withdraw from Strictly Come Dancing on doctor’s advice.

Who was in the dance off?

Judi Love and her partner Graziano Di Prima were once again in the dance off – after narrowly surviving last week – joining Greg and Karen in the bottom two.

After each couple finished their final dance off routines, it was then down to the judges to decide who they wanted to stay in the competition.

Craig voted to save Judi and Graziano, labelling her the better dancer – with Motsi agreeing with her fellow judge.

And Anton also voted for the Loose Women star and therefore guarantee Greg’s exit from the show.

Head judge Shirley did give one vote for the actor, but it was not enough to save him.

Who has left Strictly so far?

Here’s who has left the show so far:

Who is still left in the competition?

There are still 13 celebrities all dancing for that Glitterball trophy.

The stars that are left in the competition are:

When is Strictly next on TV?

You can also catch any missed episodes on the BBC iPlayer.