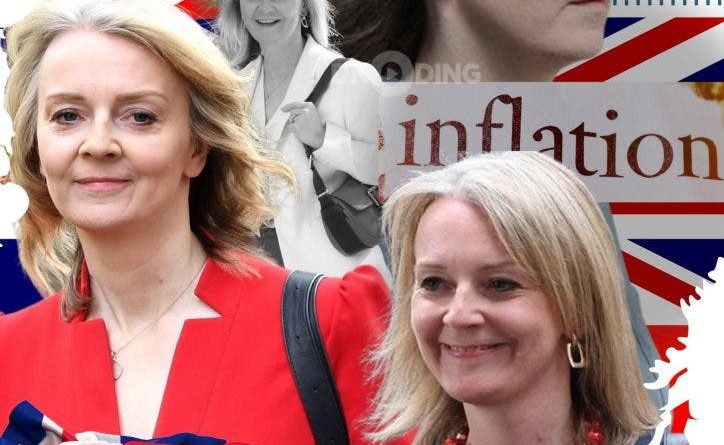 
An attempt to dkode the REAL Liz Truss who has been selected on the slogan of “Trusted To Deliver”. But what is she actually promising to do. And can she lead the nation battling multiple emergencies. A nation facing the worst economic crises since the financial crash more than a decade ago—soaring inflation, rising interest rates, wages stagnating and potentially a big recession hitting up—that said: she has massive pressure on her to spell what she’ll do—while weighing her down is her party’s distrust…

Boris Johnson stepped down as the British Prime Minister after serving the office for 3 scandalous years. Pushed off by his own Conservative Party, Johnson passed the baton to his successor Liz Truss, leader of the Conservative right wing.

“This is it folks,” Johnson said in his speech —

“What I say to my fellow Conservatives, it’s time for politics to be over, folks. It’s time for us all to get behind Liz Truss and her team and her program.”

As your Prime Minister, I am confident that together we can ride out the storm, rebuild our economy and become the modern, brilliant Britain that I know we can be. I will take action every day to make that happen

Yes we know that the former Foreign Secretary of the United Kingdom is now the country’s prime minister. But …Who Is REAL Liz Truss?

Politically, framing Truss’s profile is a bit daunting task. She has been famous for her ambiguous stands and this foundation was set up in the 1980s. You see, this is the politician who stood against Margaret Thatcher and her conservative party. A former liberal democrat activist born to left leaning parents, Liz Truss showed all the signs of an opinionated liberal leader for half her life.

To quote a fellow Liberal Democrat student at Oxford Alan Renwick told BBC in 2017, “Liz had a very strong radical liberal streak to her.” We were setting up the Freshers Fair stall, Liz was there with a pile of posters, saying ‘Free the Weed’ and she just wanted the whole stall to be covered with these posters. He added: “I was scurrying around after Liz trying to take these down and put up a variety of messages, rather than just this one message all over the stall.”

However, as on today, Liz Truss represents the same Labor Party, marching into the Downing Street with the same value sets as that of Margaret Thatcher.

Personally, Liz Truss always was an opinionated woman who knew what and when to speak her mind, according to her friends and family. Born in Oxford, the 47 years old Prime Minister of United Kingdom grew up in a household that never wasted a chance to debate politics and social causes. Given the stark disparity between the two halves of Liz Truss’s life, Director General of the libertarian think-tank Institute of Economic Affairs believe that her decision to switch to conservatism is “most likely vehicle for her to succeed in politics and get what she wants to get done.“

But that doesn’t mean that Truss still publicly choose to align with her left leaning personality. She once quotes at Eastbourne —

“We all make mistakes, we all had teenage misadventures, and that was mine. Some people have sex, drugs and rock and roll, I was in the Liberal Democrats. I’m sorry.”

Whether she is still a liberal in disguise of a conservative or not, the doubt looms over her governance. She will have a hard time being trusted for her policies by her own party.

Can the new Prime Minister of U.K. fight the challenges that lie ahead?

Liz Truss stands at the forefront of the U.K.’s powder keg economy. To begin with, the looming energy bill hikes for households is already creating a hysteria among masses. This is because the inflation is already above 10% and experts predict that it can shoot up to worrisome 22% if the oil and gas prices continue to sit at the zenith.

I will deal hands-on with the energy crisis.

Today I will take action to make sure people are not facing unaffordable energy bills and to secure our future energy supply. pic.twitter.com/qHMKad92Sb

On top of that, the Resolution Foundation has issued warning that households will have to cut down around £3,000 out of their spending capacity by the end of 2023. Not just the households, the businesses also have their set of expectations from the new leadership. The British Chambers of Commerce have demanded 5% temporary reduction in VAT on energy bills. They have further called for emergency grants like that of COVID situation due to skyrocketing energy bills.

WARNING! The Biggest Recession Of Our Lifetime Is Here…

The Russia and Ukraine war has brought UK’s food and energy weaknesses before the world. Ever since the country cut down the Russian gas imports to zero, it is paying the global market price for its own gas reserve.

This is followed by the rising prices of fertilizers and transportation. To make the matters worse, Brexit has disturbed the country’s accessibility to workers, bringing it to the dearth of skilled workforce and rising wages.

It would be interesting to see how Liz Truss fights all these challenges as she heads one of the top 10 richest economies of the world. Her bipolar political stands continue to affect her public image. Let’s hope it doesn’t affect the governance of an ailing economy.

Queen Elizabeth II Passing Away — Marks The End Of An Era. The World Pauses To Mourn & Honour Her Extraordinary Life