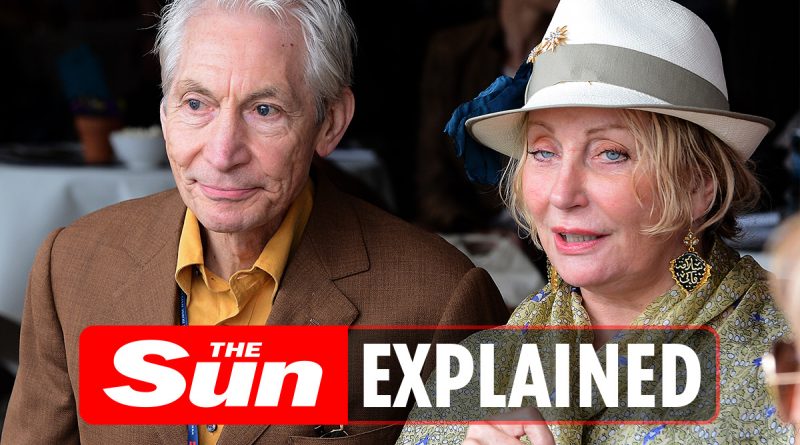 
THE Rolling Stones drummer Charlie Watts famously turned down groupies because of his love for his wife Shirley Ann Shepherd.

The pair met before the band hit the big time and have been by each other’s sides ever since.

Who is Shirley Ann Shepherd?

Charlie Watts met his future wife before The Rolling Stones even formed.

The group played their first shows in the early 1960s and the couple married in 1964.

Watts and Shirley remained loyal while the band were touring the world and his hellraising bandmates lived raucous lives.

The 80-year-old legend put his 57-year marriage down to the fact he’s “not really a rock star”.

In STP: A Journey Through America with The Rolling Stones, the band visited the Playboy Mansion but Watts was more interested in the games room and the women.

Fifty seven years after their wedding, and Watts and Shirley are still going strong.

They live in Devon where they own an Arabian horse stud farm.

The couple have one daughter together, Seraphina, who was born in 1968.

She has given the couple a granddaughter named Charlotte.

Watts still tours with the Stones, but he has had to pull out of the band’s US tour after having an emergency op.

He had a “successful procedure” in London after a problem was found during a routine check-up but faces weeks of recovery.

He will be replaced by hot ­session drummer and friend of the band Steve Jordan — but still plans to rejoin bandmates Sir Mick ­Jagger, 78, Keith Richards, 77, and Ronnie Wood, 74, later this year.