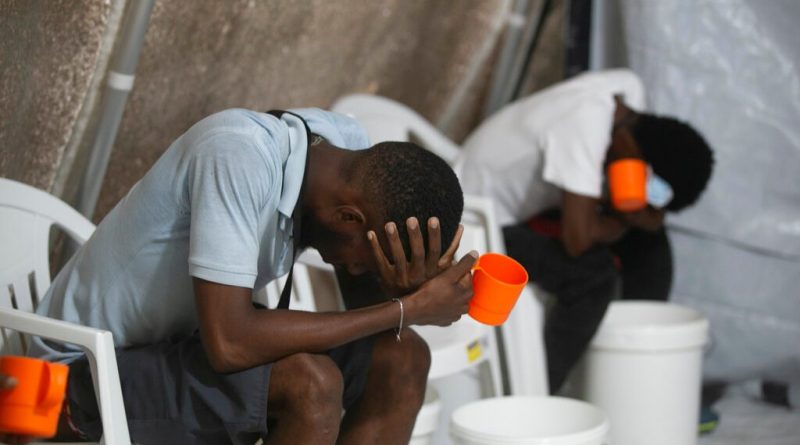 
GENEVA — The World Health Organization and its partners are recommending that countries temporarily switch to using a single dose of the cholera vaccine instead of two due to a supply shortage as outbreaks of the water-borne disease surge globally.

In a statement on Wednesday, the U.N. agency and partners that include UNICEF and the International Federation of Red Cross and Red Crescent Societies said one dose of vaccine has proven effective in stopping outbreaks “even though evidence on the exact duration of protection is limited” and appears to be lower in children.

WHO and partner agencies manage a stockpile of cholera vaccines that are dispensed free to countries that need them.

“This last-resort decision is a way to avoid making the impossible choice of sending doses to one country over another,” said Dr. Daniela Garone, international medical coordinator at Doctors Without Borders, one of WHO’s partners in managing the global cholera vaccine stockpile. “Single dose vaccination will provide shorter protection, but it is the fair and equitable way to try and protect as many people as possible as we face simultaneous cholera outbreaks.”

WHO Director-General Tedros Adhanom Ghebreyesus said cholera can sometimes kill within a day and warned that outbreaks in 29 countries this year were putting “unprecedented pressure” on the world’s limited vaccine supply. He said authorities should aim to scale up vaccine production and that “rationing must only be a temporary solution.”

WHO said countries such as Haiti, Malawi and Syria were struggling to stop large outbreaks of the disease and that climate change could make epidemics more common, as the bacteria that causes the disease can reproduce more quickly in warmer water.

In 2010, cholera killed nearly 10,000 people in Haiti after the disease was imported there by U.N. peacekeepers.

WHO said that of the 36 million vaccine doses expected for 2022, 24 million were already been shipped for immunization campaigns. It said there was no short-term solution to increase production. A global task force on cholera has estimated that the world needs about 250 million cholera vaccines until 2025, both to stop outbreaks and for preventive immunization campaigns.

Shantha Biotechnics, an Indian subsidiary of the French pharmaceutical company Sanofi, previously announced that it would stop making cholera vaccines by the end of this year, leaving the world with just one manufacturer of the easy-to-produce oral vaccine: South Korean company EuBiologics.

Dr. Michael Ryan, WHO’s emergencies director, said it was not possible to estimate when countries could go back to using two doses of the cholera vaccine.

“It reflects the scale of the crisis,” Ryan said, criticizing rich countries for not doing more to help boost production.

“It’s a sad day for us to have to go backwards to a one-dose strategy that is life-saving,” he said. “But if cholera were spreading in industrialized and wealthy countries right now, the production costs would be covered.”