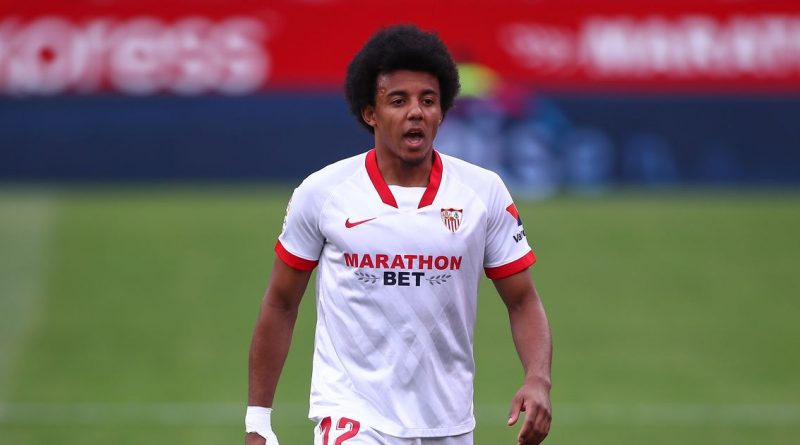 Erling Haaland admits rumoured fee is ‘a lot of money’

While some may point to attacking positions as Chelsea ’s main area of weakness, boss Thomas Tuchel clearly disagrees with that opinion.

Instead, the German has spent much of the summer attempting to boost his defensive options, be that at wing-back or at centre-back.

After failing in their attempts to bring Achraf Hakimi in to boost their wingback options, the Blues are now turning the heart of their defence.

The centre of that focus is Sevilla star Jules Kounde, who is edging towards moving to Stamford Bridge from La Liga, leaving the Blues with an astonishing 10 centre-backs if he does join.

Here, Mirror Football takes a look at where the other nine stand as the Blues close in on bringing Kounde to the Premier League …

Chelsea ’s centre-backs can be broadly split into three camps, the first of those being players who will be given substantial playing time this season.

Making up this group are Thiago Silva, Cesar Azpilicueta and Andreas Christensen, with Kounde joining them when and if he arrives.

Silva was signed from Paris Saint-Germain last summer by Frank Lampard, becoming a key player at the heart of defence.

He continued to be an important member of the team under Tuchel and even started the Champions League final.

Silva will again bring leadership and experience to the backline, alongside Azpilicueta, who Tuchel has reformed into a member of his back three.

The final truly first-choice player is set to be Christensen, who impressed at Euro 2020 and has been linked with signing a new contract with the Blues.

The next set of players consists of those who are likely to depart Chelsea either this summer or in the next few transfer windows.

The three players who are part of this group are Kurt Zouma, Antonio Rudiger and Matt Miazga, with all having entered the final two years of their contract.

Rudiger’s placing in this group may seem surprising given he has been a virtual ever-present under Tuchel.

Where will Chelsea finish in the Premier League this season? Comment below.

But the German is refusing to sign a new contract and with his deal expiring next summer, this is the final window in which the Blues can bring in a fee for him.

Zouma meanwhile has failed to impress Tuchel and is edging closer to sealing a move across London to West Ham.

Miazga is the same age as Zouma, but has made just two appearances for the Blues since 2016 and earlier this summer spoke of his desire to leave Stamford Bridge.

That just leaves the final grouping of centre-backs on the books at Chelsea – the young stars who will most likely be departing on loan.

This group is made up of Ethan Ampadu, Malang Sarr and Jake Clarke-Salter, with all three needing at least one more loan move before stepping up into the senior squad.

Perhaps the member of that group who is furthest along is Welsh international Ampadu, who made three appearances at Euro 2020.

The 20-year-old was a regular at Sheffield United in a loan move at Bramall Lane last season and will most likely embark on another temporary spell at a top-flight side.

Sarr meanwhile joined the Blues from Nice last summer, before being loaned out to Porto for much of that season, with a loan move to an English club on the cards as he settles in his new country.

The final member of this group is Clarke-Salter, who has spent the last two years on loan at Birmingham City, with a loan spell at a club higher up the second tier likely for the Englishman.