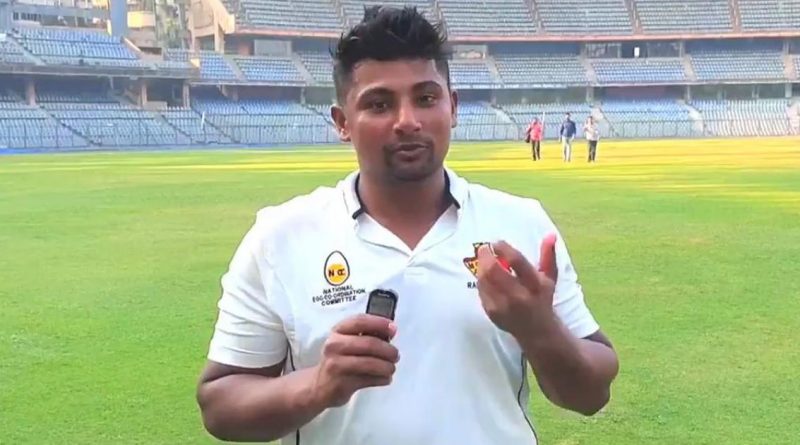 
Mumbai batter Sarfaraz Khan is in the form of his life, racking up runs in the domestic circuit scoring hundreds after hundreds in the Ranji Trophy for the Mumbai team.

If the last year was a breathtaking performance, Sarfaraz took it up a notch in this campaign scoring well over 700 runs in the four matches played so far. Speaking about the secret behind his stunning form, Sarfaraz said there were changes made in his technique that have helped.

“I’m an attacking player but when an attacking player develops some patience, he can become really dangerous. There was still some problem in my technique, but my father and I worked on that a lot. So I learned to stay on the wicket and knowing exactly where my off stump is in red-ball cricket.”

“I would play 600-700 balls every day at Cross Maidan and at home combined, especially against the swinging ball. If T20s are coming up then I just hit out in the nets, like playing the cut and pull,” Sarfaraz told ESPNcricinfo.

“Nobody can stop an attacking batsman like me” – Sarfaraz Khan

Sarfaraz spoke about the need to stay at the crease and spend some time before taking on the attack. Not only does it tire the bowlers, but it also gives the batter an understanding of the conditions.

“For day’s cricket [first-class games], I would focus on leaving the ball because once you see through the first hour or so, you can get going and nobody can stop an attacking batsman like me.”

“It’s [the pitch at home] the toughest wicket I practice on. After playing in such places when I go for matches, I don’t find it so difficult because this practice I go through is really tough – it has bounce, speed, swing, cut, dampness, everything,” he added.