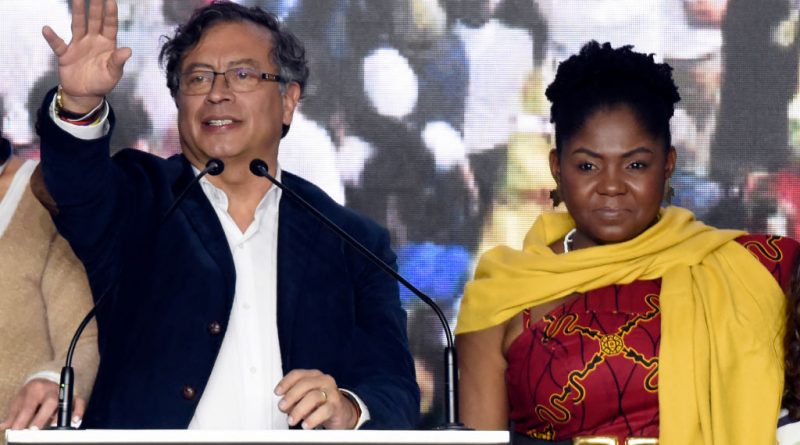 
Colombians will select their next president on Sunday in a race that has seemingly defied expectations at every turn, and is one of the most consequential ones for the country in decades. Polls put the two candidates—former rebel member, leftist Gustavo Petro and the conservative outsider Rodolfo Hernández—neck-and-neck.

Analysts tell TIME that despite Petro leading the May 29 first round vote with 40.4% to Hernández’s 28.2%, the former Bogotá mayor is hardly guaranteed to win when voters cast their ballots on June 19. The country’s troubled, often violent, relationship with leftist guerilla groups means that there is major opposition to Petro in some quarters. Hernández—a Donald Trump-like real estate mogul who pledged to “drain the swamp”—is a wild-card candidate, having beaten out more traditional conservative candidates like Federico Gutiérrez.

Whichever candidate wins, the election result will mark a major break from the status quo in the traditionally conservative country, which has long been the U.S.’s closest ally in Latin America.

Read more: Colombians Want Change. They’ll Get It No Matter Who Wins the Presidential Election

Here, what to know about the Colombian presidential election:

Who is Gustavo Petro and what are his policies?

This will be the third time that Petro, 62, has run for the presidency—in 2018 he was beaten by current president Iván Duque by 12 percentage points in a run-off. Although Petro received 8 million votes in that election, he also had one of the highest disapproval ratings of the 2022 vote’s first-round candidates.

Petro is a divisive figure. The Colombian government has waged a decades-long war against both far-right paramilitary groups and far-left guerrilla groups. He is a former member of the left-wing and now-disbanded M-19, which was the second-largest guerrilla group in the 1980s after FARC. Petro rejected armed struggle in the late 1980s in favor of electoral politics. He has held positions in both houses of Congress, and was mayor of Bogotá from 2012 to 2016. He was removed from office for a brief period in 2014 for allegations of improperly privatizing some waste collection services—a scandal that his opponents argue shows his unsuitability to govern the country. (An international court said the decision violated Petro’s rights.)

His combative nature—including calling a columnist who disagreed with his policies a “neo-Nazi” in March and saying in 2020 that he would support civil disobedience—have sometimes soured public opinion.

But it’s Petro’s left-wing orientation that sets him most apart from his rival. He has vowed to end new fracking projects and oil exploration—Colombia relies on fossil fuels for half of its exports. He wants to increase taxes on the 4,000 wealthiest people, nationalize pension plans, and tackle food poverty—almost 16 million people in Colombia live on two meals or fewer per day, according to the National Association of Foodbanks.

Months-long protests in 2021—initially sparked by proposed tax hikes and plans to privatize healthcare, then exacerbated by violent police crackdowns under the right-wing Duque—signaled Colombians’ frustration with inequality and the established political order. In this context, Petro’s policies have struck a chord.

“There is a sense in Colombian society that the very unequal distribution of power and wealth can no longer be tolerated,” says Ivan Briscoe, program director for Latin America at the International Crisis Group. “What Petro is offering is systemic change: in political leadership, in the fundamental way society functions, and in the way that the benefits of economic growth are distributed.”

Petro has galvanized support among the urban poor in cities like Bogotá, but struggled against Hernández in more conservative, rural areas in the first round of voting. “There is a small-business-owning middle class in Colombia, which believes in advancing personally on the basis of hard work,” says Briscoe. “They recognize that the status quo is unfair, that the political leaders are not performing as they should do, but are worried about changing the entire system and wealth distribution in a way that is detrimental to their interests.”

The country is also still reeling from the decades-long conflict between the government, far-right paramilitary groups, and leftist guerrilla movements, which became associated with drug-trafficking and human rights violations. The trauma of this period has “prejudiced” many Colombians against leftist groups, says Briscoe, and favored conservative politics.

Nonetheless, Petro resonates with a liberally-minded voter-base hungry for change. A Petro presidency would be characterized by political firsts—with the former rebel member being the first leftist leader in Colombia, and his running mate, social activist Francia Marquéz, the first Afro-Colombian woman to serve as vice president.

Read more: Colombians Want Change. They’ll Get It No Matter Who Wins the Presidential Election

Who is Rodolfo Hernández and what are his policies?

Colombian presidential candidate Rodolfo Hernández speaks during a gathering with the Colombian community in Miami, Florida, on June 9 2022.

Hernández, 77, was a largely unknown figure on the national stage only months ago. His brash style and savvy use of social media helped him soar to a last minute victory in the first round.

Hernández has explored new territory for Colombian politicians, having amassed more than 500,000 followers on TikTok. He doesn’t mind being the butt of a joke, says Silvana Amaya, a senior analyst at risk consultancy firm Control Risks and former ministerial adviser. “He loves when people make memes about him, as it helps him go viral and connect with voters on a personal level using humor.”

Hernández’s actual politics are harder to define. But his focus on corruption, analysts say, is accompanied by a desire to shrink the state’s budget. He also supports socially-liberal policies, including abortion rights. Hernández has attempted to balance a business-friendly attitude with promises to lift the vulnerable out of poverty.

In some respects, Hernández’s record reveals a different picture. He is currently under investigation for allegations of corruption during his mayorship of Bucaramanga between 2016-2019, and is due in court in July. As a real estate magnate, Hernández has pledged to build 20,000 homes for the poor but that was never carried out.

These contradictions don’t seem to matter to many of his voters, says Amaya. “It’s important to understand that some people here vote more against someone than for someone. Some people are so afraid of the left-wing governing Colombia, that they just will vote for whoever is not Petro. And these types of things [the corruption scandals] don’t really impact their decision.”

Amaya adds that Hernández’s League of Anti-Corruption Rulers party only has two elected representatives in Congress. This would make it difficult for him to pass laws or govern the country effectively as president. “The question is: would he be willing to play the traditional political game of offering something to Congress in exchange for passing his reforms? Or will he maintain his message of anti-corruption and refuse to negotiate?” she says.

However, under Colombian law, Hernández would have 90 days as president during which decrees can be signed without the support of Congress. Analysts including Amaya and Briscoe worry that this power, paired with his desire to overhaul governing bodies, could encourage Hernández to bypass the rule of law. “He has the disposition of someone who is willing to take draconian executive measures to get the job done,” Briscoe says.

What could the result mean for U.S.-Colombia ties?

The election result could upend the U.S.’s relationship with Colombia, whose influence in the region has been waning for some time. Previous presidents of Colombia studied in the U.S. prior to returning to politics, could speak fluent English, and maintained friendly relations with Washington while in office. Both Petro and Hernández break this mold.

If Petro wins, Colombia would be the latest in Latin America’s new pink tide—a shift towards the left that has seen Gabriel Boric win the Chilean presidency in December and is expected to return Lula da Silva to power in Brazil’s upcoming elections in October. Amaya predicts that Petro would seek a broad alliance with leftist governments in the region that could be less friendly to Washington.

What could be even more embarrassing for Biden is either candidate’s recognition of Nicolás Maduro’s government in Venezuela, with which the U.S. cut ties in 2019. Both Petro and Hernández have said they will restore relations with Maduro, in a blow to the U.S-backed Juan Guaidó, who declared himself interim president in 2019 and is based in Venezuela.

Another sticking point could be the Colombian military. For decades, the U.S. has provided training, investment, and support to the Colombian army as part of a wider strategy of suppressing communist movements in the Western hemisphere during the Cold War. According to Human Rights Watch, the Colombian army covertly collaborated with far-right paramilitary groups in the fight against far-left guerrillas during the decades-long conflict in the country.

In May, the U.S. Department of Defense unveiled plans for even closer ties with the Colombian military, under the right-wing President Duque. This relationship could be turned on its head under Petro, who has pledged to pursue the prosecution of security forces accused of human rights violations, many of which received training and military assistance from the U.S. army.

While Hernández’s policies may be less threatening to the U.S., the Biden administration may worry about his resemblance to authoritarian leaders in Latin America, most notably El Salvador’s Nayib Bukele. In March 2021, Hernández praised Bukele for winning a supermajority in legislative elections, which the Colombian said “cleaned [the Salvadoran] Congress” of “corrupt” politicians.

“If we see Hernández veering in the direction of a bombastic populist like Bukele, there’ll be a whole host of concerns for the Biden presidency, which sees in these authoritarian-leaning leaders as a threat to the basics of the rule of law and democracy in the region,” Briscoe says.