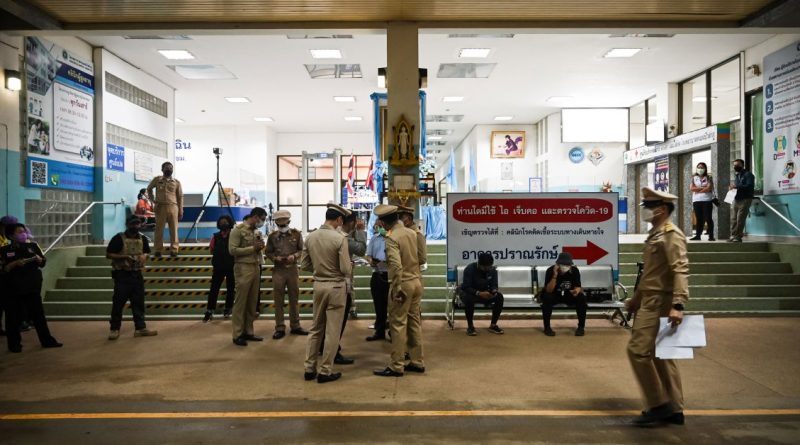 
Mass shootings of the kind that took place at a Thai daycare on Thursday, resulting in the deaths of at least 38 people, most of whom are children, are relatively uncommon in Thailand. The last time the country experienced a shooting on this scale was two years ago at a shopping mall in northeastern Thailand when a soldier killed 29 people with an assault rifle. It was the first and deadliest mass shooting in Thailand’s modern history, until today. The question now facing the country as it reels from its latest tragedy is what its notorious gun culture, at least by Asian standards, has to do with it.

Thailand is believed to have more than 10 million privately-owned guns in circulation, according to a database run by the University of Sydney’s School of Public Health. With enough guns to arm nearly one in every seven people living in the country, Thailand claims one of the highest gun ownership rates in Southeast Asia. It also has one of the highest gun homicide rates to match.

Unlike the United States, which claims 42% of the world’s guns and 31% of the gunmen involved in mass shootings, Thailand’s problems can’t exactly be explained by a lack of gun control. Under Thai law, guns can only be purchased from a limited number of licensed firearm dealers, which are themselves restricted in the number of firearms and ammunition they can sell each year. Individuals wishing to acquire a license to purchase a gun must be at least 20 years of age and can only do so for specific reasons, such as self defense, sports, and hunting. They must also be able to afford the expensive administrative and import fees associated with owning a gun, which themselves can run for as much as 40,000 Thai bhat ($1,069) a piece, in a country with a GDP per capita of around $7,000. According to a report by the Bangkok Post, firearm purchases can take as long as half a year to complete.

Compared to the rest of the world, Thailand’s gun laws “are not especially strict, but nor are they especially permissive,” says Aaron Karp, a senior consultant to the Geneva-based Small Arms Survey, which estimates the total number of civilian-held firearms worldwide. But it’s not just what the law says that’s important, Karp adds, but how it is regarded by the wider public, including the authorities.

The answer, it would seem, is not particularly highly. Of Thailand’s more than 10 million guns, only about 6 million are legally registered. Anyone caught carrying any of the roughly 4 million unregistered firearms in the country risks facing up to 10 years in prison as well as fines of up to 20,000 Thai bhat ($535). But many people still do, owing in large part to the thriving black market that makes buying and selling illicit guns online relatively easy. Thai police recently arrested more than a dozen people, including one government officer, suspected of involvement in a gun-trafficking gang that is alleged to have sold firearms and ammunition sourced from a state-run program that enables public officials to purchase subsidized guns. In a June editorial, The Bangkok Post argued that “​​the case reflects Thailand’s flawed gun control policy,” adding that in order to bring gun-related violence under control, easily-abused schemes such as the welfare gun program “must go.”

Read More: An Ex-Cop Is Behind Thailand’s Deadliest Mass Shooting. Now, the Country Is Asking Questions

When it comes to Thailand’s gun control, these subsidized weapons represent “a huge loophole,” says Michael Picard, an independent researcher focusing on the intersection of the arms trade, corruption, and conflict, and who conducted field research in Thailand in 2019. Picard adds that Thai police officers often use these subsidized weapons in the line of duty rather than government-issued ones. Indeed, the perpetrator of the 2020 mall shooting owned five legally-registered guns, all of which were acquired through the welfare gun program. (As of this writing, it is unclear whether the assailant in today’s shooting acquired his gun through the program, though it was reportedly purchased legally.)

The apparent enthusiasm for guns among many Thais can be explained at least in part by the militarized culture in the country, where military and law enforcement are lionized by the country’s conservative establishment. Picard says that the cost and relative difficulty of obtaining a gun legally have also turned them into something of a status symbol in Thailand representing power, wealth, and privilege.

But as much as Thailand stands out among neighbors for its prevalence of guns, mass shootings of this kind are also indicative of a “globalization of gun culture,” says Paul Chambers, a lecturer at the Center of ASEAN Community Studies at Naresuan University in northern Thailand.

While beefing up Thailand’s gun laws, as some lawmakers have called for, could help to reduce the number of unregistered firearms in circulation—and, by extension, the number of gun homicides in the country—it’s unclear whether it would have any impact on reducing or preventing mass shootings. The alleged gunman in Thursday’s attack was identified as a former policeman—someone who would likely have no trouble getting access to a registered firearm. The assailant in the 2020 mass shooting was a Thai soldier who staged his attack using stolen weapons and ammunition from his army base. “There is certainly a culture of impunity that helps guns become easy to obtain,” says Chambers, “but also if you’re military or police, you have easy access to them anyway.”

As both of Thailand’s recent mass shootings appear to show, that easy access can have devastating consequences.

Whether this mass shooting will prompt reforms in the police and armed forces, or galvanize calls for greater gun control in society-at-large, remains to be seen. Gun violence hasn’t been a major political issue in Thailand, says Phil Robertson, the deputy director of the Asia Division at Human Rights Watch. “Perhaps this incident will serve as a wake up call that they need to develop strategies to prevent further tragedies like this in the future,” he says. “Thailand cannot fall back on the excuse that such mass killings have not been common in the country because that is increasingly not the case.”