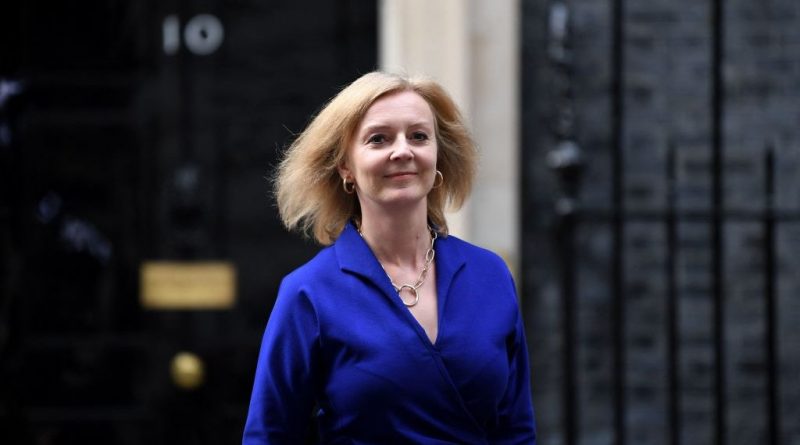 “It’s an honour to be elected as leader of the Conservative and Unionist Party. I’d like to thank the 1922 Committee, the party chairman of the Conservative Party, for organizing one of the longest job interviews in history,” Truss joked, after the results were announced on Monday. “I’d also like to thank my family, my friends, my political colleagues, and all of those who helped on this campaign. I’m incredibly grateful for all of your support.”

Truss’s victory over her leadership rival, the former Chancellor Rishi Sunak, had been widely regarded as a foregone conclusion in Westminster. She quickly emerged the runaway favorite among the Conservative Party’s card-carrying members (second only to her erstwhile boss). Despite the U.K.’s soon-to-be third female leader’s efforts to promote herself as the ideological reincarnate of its first, Margaret Thatcher, Truss is perhaps most aptly seen as the continuity Johnson candidate. And perhaps just as well: After she is formally appointed Prime Minister by the Queen on Sept. 6, Truss’s first order of business will be to tackle the many crises that her predecessor left behind.

Here’s what to know about her.

Who is Liz Truss?

Known for being a political chameleon, Truss has worn several ideological hats over the course of her life. Born in Oxford to a left-wing family, Truss’s childhood often involved joining her mother on demonstrations in favor of nuclear disarmament and against Thatcher’s Conservative government, which ushered in sweeping economic reforms centered around free markets, privatization, and a small state. As a student at Oxford University, she led the centrist Liberal Democrats’ student society and advocated for the abolition of the monarchy. She later switched her allegiance to the Conservative Party—a transition she attributed to maturity. (“We all had teenage misadventures,” Truss told Conservative voters on the campaign trail. “Some people had sex, drugs, and rock ‘n’ roll. I had the Liberal Democrats.”)

Revelations that Truss had an affair in the early 2000s with a Conservative lawmaker 10 years her senior threatened to derail her parliamentary ambitions. But she was elected an MP in 2010 and rose through the Tory ranks. In 2014, Truss became the country’s youngest female cabinet minister as environmental secretary in David Cameron’s government and ultimately went on to serve in the cabinets of Theresa May and Johnson.

During the 2016 Brexit referendum, just six years into her tenure as a Conservative lawmaker, Truss became a vocal proponent for the U.K. to stay in the E.U., calling Brexit a “triple tragedy” advocated by those “living in cloud cuckoo land.”

Six years on, Truss is an arch-Brexiteer and a standard-bearer of the country’s Euroskeptic, Thatcherite right-wing—a position that made her the natural darling of the Conservative Party faithful. She describes herself as “relentless,” which could help explain her rapid rise through the Conservative ranks. She is also seen as fiercely loyal, having been one of the few ministers not to resign during the fall of Johnson’s scandal-plagued premiership. To her critics, however, she is a political opportunist—someone who can tack rapidly and completely to whatever position suits her at the time.

How does she compare to Boris Johnson?

From everything Truss has said on the campaign trail, it is clear that she is “broadly continuity Johnson,” says Gavin Barwell, a former Conservative minister and chief of staff to ex-Prime Minister Theresa May. On matters of foreign policy, Truss is in lockstep with her predecessor, especially when it comes to support for Ukraine. On economic policy, however, Truss advocates for tax cuts and offers a perhaps far more divergent view in some areas—particularly when it comes to social spending, where Johnson had bucked his party’s views on limited government.

Like Johnson, Truss is known for having a bit of a goofy public persona—one that is best illustrated by her viral speech on British pork markets. What remains to be seen, however, is whether she will be able to match Johnson’s popularity, especially among the Tory grassroots. “Very few people could match Boris Johson’s charismatic appeal,” Tim Bale, a professor of politics at Queen Mary University in London and the head of a research project focusing on the membership of the U.K.’s main political parties. “Liz Truss certainly can’t.”

Perhaps the important commonality will be whether Truss chooses to continue the Johnsonian legacy of undermining British political norms and conventions. Like Johnson, Truss has indicated that she may not appoint a new ethics adviser, a role that is responsible for advising the Prime Minister on ethics in public life. The last two advisers quit over the Johnson government’s failure to adhere to the ministerial code of conduct. But the way Truss sees it, her government won’t be needing such monitoring. “I am somebody who has always acted with integrity,” she said on the campaign trail, “and that is what I would do as Prime Minister.”

What do other world leaders make of her?

As Foreign Secretary, Truss has had plenty of face time with world leaders. But she is bound to face major challenges, especially over her relationship with the U.K.’s European allies. Relations between the U.K. and the E.U. soured earlier this year after Truss introduced legislation that threatens to unilaterally undermine the delicate post-Brexit trading arrangements on the island of Ireland—which is separated by Northern Ireland, which is part of the U.K., and the Republic of Ireland, which is an E.U. member state. As a candidate, Truss pledged to deliver on legislation that will unilaterally scrap checks on goods going between Northern Ireland and the rest of the U.K., despite concerns that it could breach international law.

Truss drew further criticism on the campaign trail for saying that “the jury’s out” on whether French President Emmanuel Macron is a friend or foe of the U.K. (Macron, in a seemingly exasperated response, reaffirmed that the U.K. is a friendly nation, “regardless, and sometimes in spite of, its leaders.”)

“That reflected her real gut feeling about dealing with the Europeans,” says Peter Ricketts, a former British diplomat who served as the U.K.’s ambassador to France. “I think we’re headed into even rougher waters with the Europeans, even than under Johnson.”

Another important relationship to watch will be with the White House. Truss has reportedly expressed less enthusiasm for the so-called “special relationship” between the U.S. and the U.K. than past prime ministers. Although she will undoubtedly continue the close cooperation between London and Washington, especially when it comes to shared policy on Russia and China, there is bound to be friction with the Biden Administration over her plans to proceed with rewriting the Northern Ireland Protocol.

What is she up against?

At this point, it would be easier to list what she isn’t up against. Truss’s intray is filled with numerous crises left over from the Johnson era, the most daunting of which is the country’s cost-of-living crisis. Britons are facing a winter in which their household energy bills could rise by an eye-watering 80%; in July inflation hit a 40-year high of 10.1%. Truss has pledged to make passing an emergency budget one of her first orders of business, though she has been tight-lipped about exactly what her package of support will entail.

In addition to the U.K.’s economic challenges, Truss will also have to contend with looming political crises, and not just in Northern Ireland. Over in Scotland, the Scottish Nationalist Party will be awaiting next month’s U.K. Supreme Court hearing on whether the devolved Scottish government can hold an independence referendum without the consent of Westminster—the outcome of which could renew focus on the fate of the British Union and Truss’s ability to preserve it. Support for Scottish independence has surged in the years following Brexit—Scotland had voted heavily in favor of Remain—reaching a high of 55% last year. As far as the SNP lawmaker Stewart McDonald is concerned, Truss’s government “will still be voter repellent to most people in Scotland,” just as Johnson’s was.

Beyond these crises, Truss has also to attend to the small matter of uniting her party after a bruising leadership campaign. While this may not be too much of a challenge when it comes to making peace with her formal leadership rivals, several of whom are being tipped for plum jobs in her cabinet, it could prove more difficult if her predecessor chooses to play an outsized role in affairs. Like other ex-PMs, Johnson will be reprising his role in parliament as a rank-and-file MP. But Johnson’s biggest challenge to Truss might not be from the backbenches. “I suspect he’ll go back to writing a regular newspaper column, and that will always be newsworthy given the kind of person he is,” says Barwell. “And that’s going to be really challenging for the Prime Minister.”

The U.K.’s next general election isn’t due to take place until late 2024 or January 2025. Truss could technically call for a snap election before then, though it would be highly unusual given the Conservative Party’s large majority in parliament and the opposition Labour Party’s significant lead in the polls. But that doesn’t mean that Truss is guaranteed to last through to the next election—the Tories have a habit of booting leaders out. “She could prove to be the last in this line of Conservative prime ministers,” says Ricketts. “She’s the fourth in six years. That’s a pretty fast turnover for British politics.”