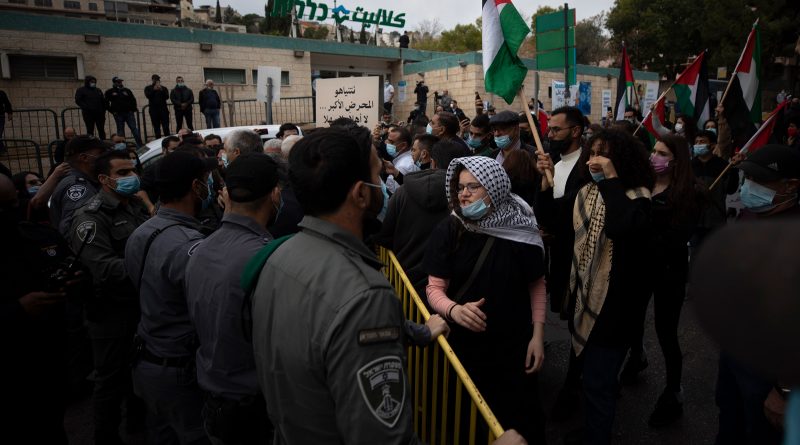 
The biggest question ahead of Israel’s Nov. 1 election is whether former Prime Minister Benjamin Netanyahu will return to power, aided by a bloc of far-right parties.

Netanyahu’s main opposition—a diverse coalition of right-wing, center and left-wing parties led by Prime Minister Yair Lapid —will be relying heavily on turnout from Palestinian citizens of Israel to succeed.

Lapid’s alliance had ousted Netanyahu last summer with the help of the first independent Arab party to be part of an Israeli ruling coalition. But they lost their parliamentary majority in May after a left-wing Palestinian Israeli lawmaker quit, triggering a new election.

Does Netanyahu have a chance?

The latest polls suggest that Netanyahu—who was the country’s longest-serving leader—is just one seat short of attaining an outright majority. If no victor emerges, Lapid would remain caretaker Prime Minister and Israel would head to the polls again within a few months.

For most Israelis, their vote once again comes down to one thing. “The single most important issue of division is over Benjamin Netanyahu,” says James Zogby, co-founder of the D.C.-based Arab American Institute. “There’s far more agreement on policy in that a solid 80% members of the Knesset would be on the right of Israeli politics.”

Why is Israel embroiled in never-ending elections?

Tuesday’s elections will be Israel’s fifth in under four years. As a parliamentary democracy, governments are typically formed by larger parties joining forces with smaller ones to form a ruling majority, at least 61 of the 120 seats in the Knesset.

No single party has ever won an outright majority in Israel’s parliament. But neither has the country been so evenly divided, for so long, over the question of who should lead it. “There’s clearly a cult of personality issue here,” Zogby says, referring to Netanyahu.

Read More: Arab Israelis Could Block Netanyahu’s Return. Here’s Why They Might Stay Home Instead

The tiny margins mean Israeli parties are often forming and breaking alliances to further their goals—and subsequently triggering further elections. Netanyahu survived two elections in 2019 and one in 2020, but after the 2021 ballot the centrist Lapid formed a government that rotated the prime ministry with the head of another party, right-winger Naftali Bennett. That’s the coalition that came undone by the defection of a single member in July.

Israel May Lurch Farther to the Right

Experts say a victory for Netanyahu and his Likud party will push Israel even farther to the right, given his increasing reliance on extreme and ultra-Orthodox Jewish political parties and candidates. “This election—more than others—is a test case to show the extent to which the far-right has been a part of the Israeli mainstream,” says Shaul Magid, a professor of Jewish Studies at Dartmouth College.

Among Netanyahu’s key allies is far-right lawmaker Itamar Ben-Gvir, who was long considered an outcast in Israeli politics for his racist views. Ben-Gvir, who leads the Jewish Power party, has previously said that he considers Israeli American extremist Rabbi Meir Kahane a hero. Kahane supported banning marriage between Arabs and Jews, stripping Palestinian citizens of Israel of their citizenship and the mass expulsion of Palestinians. Israel banned him from parliament and the U.S. long listed political party as a terrorist group.

Ben-Gvir has earned an extreme reputation of his own. The Israeli army considered him too dangerous to serve in its ranks. He has previously advocated explicitly for the expulsion of all Palestinians but in recent efforts to appear more moderate, now saying he only felt this applied to Palestinians he considers traitors or terrorists.

“The reason why Ben-Gvir isn’t as radical as Kahane was is that the whole country has moved closer to him,” Magid says.

Palestinians take part in a demonstration during the visit of the Right-wing politician Itamar Ben-Gvir to Al-Nabi Samuel village, north of Jerusalem, on Sept. 2.

Israel’s Arab voters could prove to be key in Tuesday’s election. Variously called Israeli-Arabs and Palestinian citizens of Israel, they account for 20% of Israel’s population. But they enjoy fewer government services, endure higher poverty and unemployment rates, are not permitted to serve in the military, and—until last year—had never had a party in a ruling coalition.

But with Jewish Israelis so evenly divided, their vote may once again prove decisive.

“With such a historic divide among the Jewish parties, the Arabs have become the kingmakers,” says Thair Abu Ras, a PhD student in the department of Government and Politics at the University of Maryland and Palestinian citizen of Israel, in an email to TIME. “A small Arab turnout will most likely crown Netanyahu as Prime Minister, an average turnout will lead to a tie and sixth election but an above average turnout will hand Lapid the victory.”

Most polls are suggesting a low turnout. The AP predicts Arab parties will win eight seats. If that translates into a Netanyahu victory, and any backlash over an extremist government that’s openly hostile to Palestinians, “I consider it blaming the victims,” says Zogby, “They’ve gotten nothing to encourage them to turn out.”

When it comes to the West Bank, where some 3 million Palestinians live under Israeli military occupation, and the Gaza Strip, where Israel has reluctant de facto rule over some 2 million more, the rival alliances are in relative agreement. Though experts note that a Netanyahu-led government could be more aggressive.

Read More: The Problems With Israel’s Version of the Killing of Reporter Shireen Abu Akleh

“When it comes to the Palestinian issue, there is virtually no difference and that is in large part because it’s not a priority for Israelis,” says Khaled Elgindy, a senior fellow at the Middle East Institute. “Things are likely to get worse on the ground for Palestinians under Netanyahu, even though they’re not great now.”

An Israeli Arab voter casts her ballot at a polling station in Kafr Manda, 16 kilometres northwest of Nazareth, on March 23, 2021.

Under the current government, Israel has continued with expanding Jewish settlement inside Palestinian territory, and demolishing Palestinian homes. Israel has also come under international scrutiny over the killing of Al Jazeera correspondent Shireen Abu Akleh, a Palestinian. But experts say that, if elected, Netanyahu may be more likely to pursue formal annexation of significant portions of the West Bank, or greater expansion of settlement construction there.

They also caution that aggressive moves by an Israeli government against Palestinians carries the risk of turmoil within its own borders. In 2021, agitation among Palestinian citizens of Israel over a range of actions by Israel cascaded into street fights and bloodletting. “The country is going to…lurch to the right, and I think what’s gonna end up happening is that you can also start to see Arab riots in Israel and you’re going to start to see the potential of a third intifada,” Magid says.