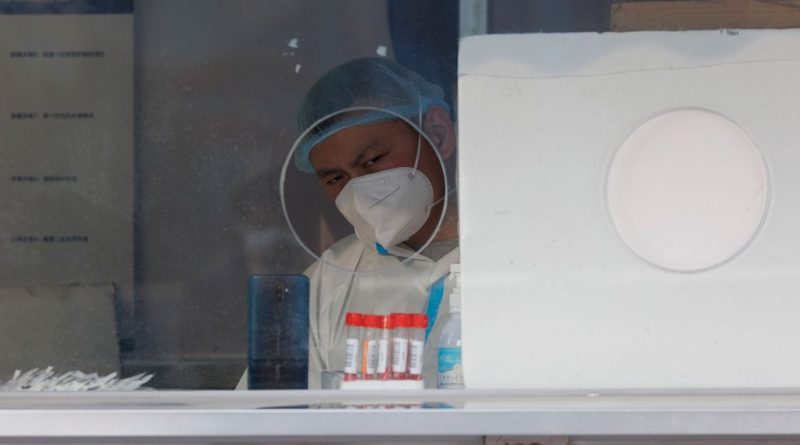 
TAIPEI, Taiwan — As COVID-19 rips through China, other countries and the World Health Organization are calling on its government to share more comprehensive data on the outbreak. Some even say many of the numbers it’s reporting are meaningless.

Without basic data like the number of deaths, infections and severe cases, governments elsewhere have instituted virus testing requirements for travelers from China. Beijing has said the measures aren’t science-based and threatened countermeasures.

Of greatest concern is whether new variants will emerge from the mass infection unfolding in China and spread to other countries. The delta and omicron variants developed in places that also had large outbreaks, which can be a breeding ground for new variants.

Here’s a look at what’s going on with China’s COVID-19 data:

What Is China Sharing and Not Sharing?

Chinese health authorities publish a daily count of new cases, severe cases and deaths, but those numbers include only officially confirmed cases and use a very narrow definition of COVID-related deaths.

China is most certainly doing their own sampling studies but just not sharing them, said Ray Yip, who founded the U.S. Centers for Disease Control office in China.

The nationwide tally for Thursday was 9,548 new cases and five deaths, but some local governments are releasing much higher estimates just for their jurisdictions. Zhejiang, a province on the east coast, said Tuesday it was seeing about 1 million new cases a day.

If a variant emerges in an outbreak, it’s found through genetic sequencing of the virus.

Since the pandemic started, China has shared 4,144 sequences with GISAID, a global platform for coronavirus data. That’s only 0.04% of its reported number of cases — a rate more than 100 times less than the United States and nearly four times less than neighboring Mongolia.

What Is Known and What Can Be Figured Out?

So far, no new variants have shown up in the sequences shared by China. The versions fueling infections in China “closely resemble” those that have been seen in other parts of the world since July, GISAID said. Dr. Gagandeep Kang, who studies viruses at the Christian Medical College of Vellore in India, agreed, saying there wasn’t anything particularly worrisome in the data so far.

That hasn’t stopped at least 10 countries — including the U.S., Canada, Japan, South Korea, India, Australia, the U.K., France, Spain and Italy — from announcing virus testing requirements for passengers from China. The European Union strongly encouraged all its member states to do so this week.

Health officials have defended the testing as a surveillance measure that helps fill an information gap from China. This means countries can get a read on any changes in the virus through testing, even if they don’t have complete data from China.

Read More: What to Know About the New XBB.1.5 Variant

“We don’t need China to study that, all we have to do is to test all the people coming out of China,” said Yip, the former public health official.

Canada and Belgium said they will look for viral particles in wastewater on planes arriving from China.

“It is like an early warning system for authorities to anticipate whether there’s a surge of infections coming in,” said Dr. Khoo Yoong Khean, a scientific officer at the Duke-NUS Centre of Outbreak in Singapore.

Chinese officials have repeatedly said they are sharing information, pointing to the sequences given to GISAID and meetings with the WHO.

But WHO officials have repeatedly asked for more — not just on genetic sequencing but also on hospitalizations, ICU admissions and deaths. WHO Director-General Tedros Adhanom Ghebreyesus expressed concern this week about the risk to life in China.

“Data remains essential for WHO to carry out regular, rapid and robust risk assessments of the global situation,” the head of the U.N. health agency said.

The Chinese government often holds information from its own public, particularly anything that reflects negatively on the ruling Communist Party. State media have shied away from the dire reports of a spike in cremations and people racing from hospital to hospital to try to get treatment as the health system reaches capacity. Government officials have accused foreign media of hyping the situation.

Khean, noting that South Africa’s early warning about omicron led to bans on travelers from the country, said there is a need to foster an environment where countries can share data without fear of repercussions.