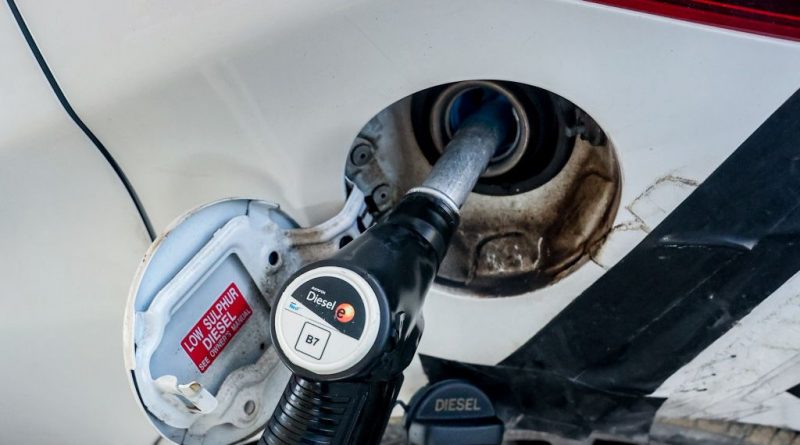 
In just over three weeks, seaborne deliveries of diesel from the European Union’s single biggest external supplier will be all but banned.

Who will step in to plug this enormous supply gap? And, will there be enough? Is the bloc sleepwalking into a fuel crisis?

The EU imported about 220 million barrels of diesel-type product from Russia last year, according to Vortexa Ltd. data compiled by Bloomberg. The fuel is vital to the bloc’s economy, powering cars, trucks, ships, construction and manufacturing equipment and more.

Replacing that much Russian fuel — imagine about 14,000 Olympic-sized swimming pools all brimming with diesel — is a mighty challenge.

Some progress has already been made. In 2021, more than half of all seaborne shipments into the EU and UK — which already has a ban in place — came from Russia. By December last year, that proportion had fallen to about 40%, partly thanks to increases from Saudi Arabia and India.

Looking forward, there’s reason to believe the remaining Russian supplies can be covered by barrels from elsewhere.

But it’s far from guaranteed.

The most obvious place where Europe can get more diesel is the Middle East: it’s fairly close, particularly to countries bordering the Mediterranean Sea — assuming, of course, the Suez Canal doesn’t get blocked — and has huge new oil refineries coming online that will spew out millions of barrels of fuel. Abu Dhabi National Oil Co. has also already agreed a deal to supply Germany.

India and the US, both long-term suppliers to the EU, have also stepped up shipments in recent weeks. US refiners are forecast to produce a record volume of distillates this year, a category of fuel that includes the diesel used in trucks and automobiles.

But the most important potential resupplier, albeit indirectly, may turn out to be China.

“China policy is the game changer,” said Mark Williams, a research director at Wood Mackenzie Ltd. The country “holds the key to all of the surplus refining capacity globally.”

Shipments of diesel out of China have dramatically increased in recent months. While only a fraction of those cargoes sail all the way to Europe, they increase regional supplies. That then frees up barrels from other producers which can, in theory, head to Europe.

China’s first fuel export quota for 2023 was up by almost 50% from the same period a year earlier, making it unlikely that diesel shipments will plunge back to the low levels seen in early 2022.

Exports of diesel-type fuel from China could be 400,000 to 600,000 barrels a day through the first half of this year, Williams said. That’s a similar volume to what the EU and UK currently stand to lose in terms of seaborne deliveries from Russia.

“There’s a total re-jigging in terms of diesel trade flows from the start of February,” he said.

It’s important to remember, though, that China has sometimes chosen to prioritize its environment over profit from exporting fuels. It could do so again.

But while multiple re-supply options for the EU and UK do exist, there’s also a potentially wider concern: might the EU’s sanctions prompt Russian barrels to disappear from the global market altogether?

If Russia is unable to find enough new, non-EU buyers for its fuels, what then? If it were to consequently cut production at its refineries, that could tighten global supplies, potentially pushing up prices.

Lindell expects the nation’s diesel flows to dip next month and in March — though that’s because of work at oil refineries, as well as some trade friction as the sanctions take effect.

Even if there are plenty of willing buyers, getting the fuel out of Russia may be a challenge. Many shippers will be wary of breaching western sanctions, which will stipulate that the price of these cargoes can’t be above a capped level currently being discussed by the G-7.

That mechanism, and the price cap itself — on crude oil, it’s $60 a barrel — has yet to be set for Russian fuels. At the end of last year, oil pricing agency Argus Media Ltd. assessed Russian diesel at $926 a ton (about $124 a barrel), with non-Russian $30 a ton (about $4 a barrel) more expensive.

If the forthcoming price cap were to be set well below market level, then much of the global tanker fleet would be unable to keep loading and carrying Russian cargoes if they want to access G-7 services like insurance.

The flip-side to any question about whether the EU will have enough diesel supply going forward is: how strong will demand be?

Recent warm weather in Europe has no doubt helped, likely reducing consumption of heating oil — a diesel-type fuel — and cutting the price of natural gas, which in theory makes it cheaper for oil refineries to make high-quality diesel and also reduces the incentive for companies to use gas instead of oil for power generation.

That said, Goldman Sachs Group, Inc., no longer predicts a euro-zone recession after the economy proved more resilient at the end of last year.

The role of potential intermediary countries also shouldn’t be underestimated in helping to cushion the impact of the EU’s ban and the accompanying price cap.

Turkey, for instance, which is not part of the EU, could in theory import large volumes of Russian diesel — it already takes a substantial amount — and then use this to supply its domestic market.

The non-Russian diesel it then makes in its own refineries could be sold to the EU, potentially at a much higher price.

“The higher the demand and the steeper the Russian diesel production decline, the more complicated and potentially fractured things could get.”