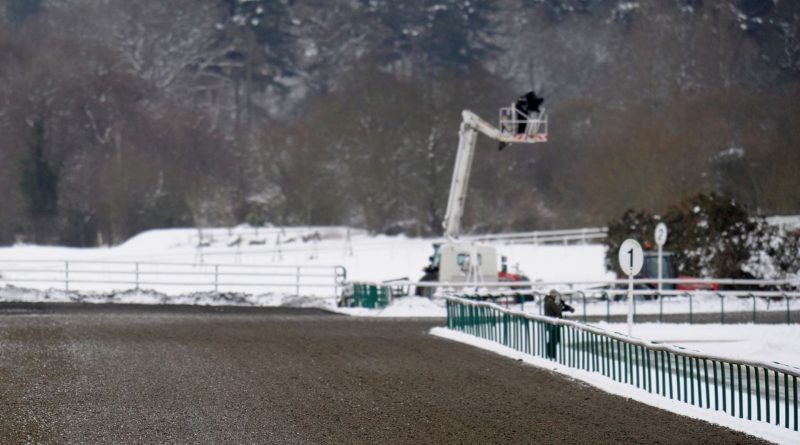 Racing at Lingfield on Saturday has been abandoned due to concerns over frozen sections of track.

With high-profile jumps meetings at Ascot and Haydock already off, along with further National Hunt cards at Newcastle and Fairyhouse, Lingfield’s all-weather fixture was set to be the main attraction.

Temperatures dipped as low as minus 8C at the Surrey circuit this week, and while clerk of the course George Hill declared the track raceable on Friday he did announce a precautionary 7.30am inspection.

That revealed a frozen area on the edge of the racing line and with that in mind a further check took place at 9.30am.

But despite the best attempts of Hill and his team temperatures have not risen quickly enough and were still minus 5C when the decision was taken to abandon.

In a statement on Twitter, Lingfield said: “Unfortunately despite all the hard work from our grounds team, the weather has defeated our efforts and the track is not safe to race on.”