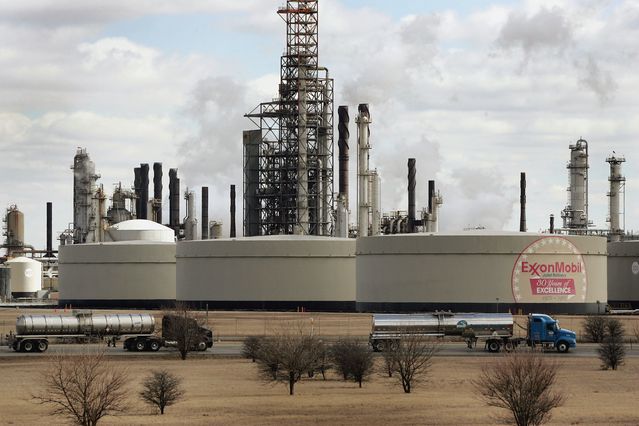 
A former bear on

has changed his tune, and acknowledged that he underestimated the company’s comeback last year.

RBC Capital Markets analyst Biraj Borkhataria upgraded Exxon (ticker: XOM) stock to Sector Perform on Wednesday with a $90 price target. He expects the general upswing in oil prices, and renewed investor enthusiasm for energy stocks, to lift Exxon’s shares over the next year—though not as much as some of its competitors. The stock was trading down 0.6% on Wednesday, to $72.62.

Borkhataria had been bearish on Exxon in part because the company was spending more heavily than its peers to grow production, and its dividend looked as if it was in danger of being cut. Indeed, Wall Street appeared to be betting on a cut during 2020, because low oil prices caused Exxon’s cash flow to fall well below the cost of keeping its wells pumping and paying out the dividend. But prices rebounded in the second half of 2020 and 2021, allowing Exxon to not just keep its dividend, but raise it. Exxon shares rose 48% in 2021.

“We were wrong on Exxon last year, and missed the powerful upgrades coming through, particularly for its chemicals business,” he wrote. “Going forward, while there is likely to be greater upside in other energy subsectors (E&P, services), we believe our Underperform rating is no longer warranted.”

In addition, Exxon has continued investing in long-lasting projects even as some other oil companies have cut back to save money. In particular, Exxon has been exploring offshore Guyana, and has projects there that should be productive for the next decade.

“In a period of sustained commodity price strength, we think investors may start to think more about portfolio longevity than near term free cash flow, he wrote. “Given the success Exxon has had in Guyana, and its Permian position, we believe Exxon could garner more attention.”

Borkhataria thinks that investors will start buying more energy stocks as macro trends continue to favor the sector, and Exxon should benefit from that trend. Exxon itself makes up 22% of the energy benchmark in the


S&P 500,
so it could see an outsize benefit from a tilt toward energy.

Write to Avi Salzman at avi.salzman@barrons.com