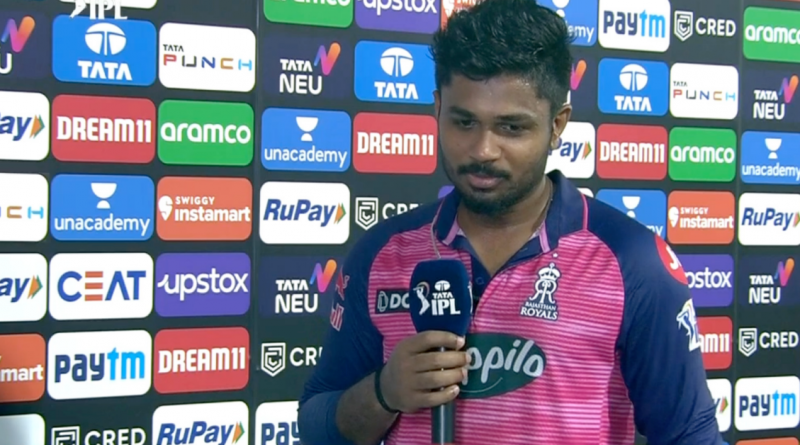 
Rajasthan Royals are the inaugural champions of the IPL. But after winning the title in 2008, they haven’t played in another IPL final.

On Friday night at the Narendra Modi Stadium, they were just 1 win away from a place in the finals after 14 seasons.

RCB couldn’t get off to a good start after losing Virat Kohli early on. They performed well to go through the powerplay without losing another wicket, thanks to Faf du Plessis and Rajat Patidar.

Faf, on the other hand, perished for 24 while attempting to increase the run rate.

Patidar, on the other hand, was in fine form as he racked up another half-century in the playoffs. He was on his way to another massive score when he was caught at the boundary by Jos Butter. RR got off to a flier as they scored more than 60 in the powerplay at the loss of just 1 wicket. Jos Buttler scored his 4th hundred of the season and equalled Virat Kohli’s record. He finished things off in style with a six and RR won the game by 7 wickets.

Sanju Samson after the win said, “It was really tough, But we used to bounce back in the IPL. It is a long tournament where you go up and down. The wicket, bowling first, was a bit sticky and helped the fast bowlers. The bounce was good, which made it easier to hit the spinners. But our fast bowlers bowled really well. We needed to close very well with DK and Maxwell there. Winning the toss made it much easier for us. The toss plays a huge part. The pitch plays completely different in the second innings. We are very fortunate to have Jos. Touchwood, one more match to go.”

When asked about his memories of 2008 final he said, “I was playing an Under-16 final somewhere in Kerala when I saw Shane Warne and Sohail Tanvir win it for Rajasthan Royals in 2008.”

Sanju Samson would hope that RR can go the distance now.