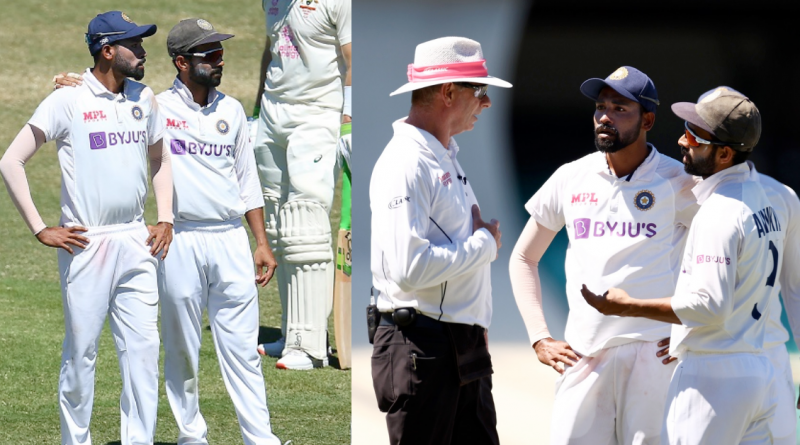 
Indian batter Ajinkya Rahane spoke up about the racism faced by the pacers, Mohammed Siraj and Jasprit Bumrah, during India’s 3rd Test against Australia at the Sydney Cricket Ground (SCG).

The incident took place at the end of 3rd day’s play of the SCG Test. The fans at the stadium hurled racial abuses at Siraj following which, Rahane informed the umpires. The play was stopped for ten minutes and a few of the fans were escorted out of the stadium.

“[We] insisted on getting the abusers out of the ground. When Siraj again came to me [on the fourth day, after being abused the day before], I told the umpires that [they] need to take action and we won’t play till then,” Rahane said on the sidelines of an event in Mumbai on Wednesday.

Rahane said the team wanted to move on with the game but it could only be possible once the abusers would be evicted. The 35-year-old said the crowd in Sydney is the nastiest one compared to the ones in Adelaide and Melbourne.

“The umpires said that you can’t stall the game and can walk out if you want. We said that we are here to play and not sit in the dressing room and insisted on getting the abusers out of the ground. It was important to support our colleague given the situation he had been through. What happened in Sydney was completely wrong,” he added.

“Personally I think Adelaide and Melbourne weren’t as bad. But this has been a continuous thing in Sydney. I have experienced it as well. They do tend to get nasty,” Rahane concluded.

India went on to win the Test series by a 2-1 margin and a documentary covering the same will be produced by renowned director, Neeraj Pandey in partnership with the OTP platform, Voot Select.