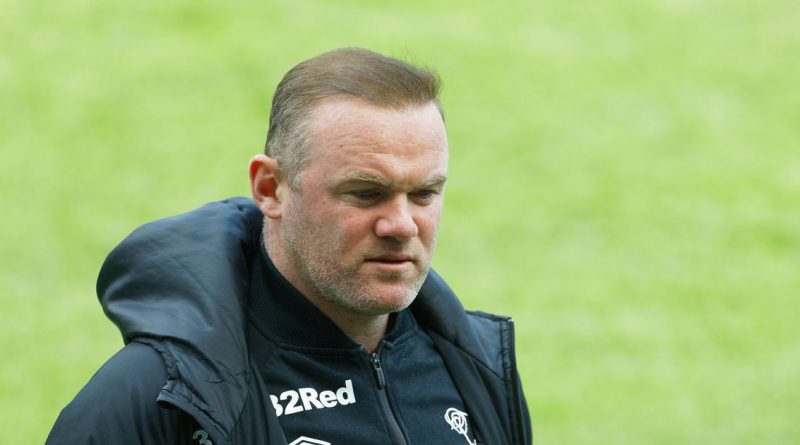 Wayne Rooney’s job as Derby County manager is reportedly ‘on a knife edge’ after leaked pictures of him asleep at a hotel with women posing alongside him went viral.

According to The Sun, Rams executives are angry about the incident and believe Rooney should be ‘leading by example’.

A source told the paper: “It’s 50-50. The club is extremely upset by the images that have emerged. As ­manager he must lead by example, on and off the field. That is the very least they expect from him.

“There is absolutely no suggestion of sexual impropriety on his part. But Wayne is clinging on and is desperate to keep hold of the job. His salary is one of the biggest in the Championship. To lose it now would be a massive setback.”

The photos of Rooney were widely shared on social media over the weekend.

The former Manchester United and England striker’s lawyers contacted police on behalf of Rooney after the photos emerged.

Police opened a blackmail probe into an Instagram message, which included a photo and a caption saying ‘Morning Wayne 10 grand please mate of Coleen sees this.’

But on Tuesday police dropped the investigation and decided no offence had been committed.

A spokesman for Cheshire Police said: “On Monday 26 July Cheshire Constabulary received reports of a possible blackmail relating to a number of images circulating online.

“Officers have spoken to the person involved and are satisfied that no offences have taken place.

“The person involved has also stated that they do not wish to take the matter any further.”

There is no suggestion the women, who were seen joking around in the photographs, were knowingly involved in any criminal activity.

Derby released a statement on Monday reading: “Wayne Rooney informed the club yesterday that the pictures had emerged and that they had been taken without his knowledge or approval.”