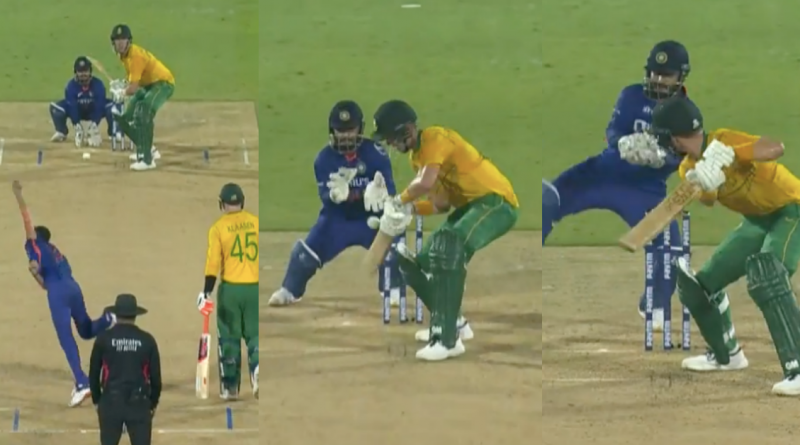 
Coming into the 3rd game of the series at Vishakapatnam India were 0-2 down in the 5-match T20 series against South Africa.

Rishabh Pant’s luck with the toss has been poor throughout the series so far and it wasn’t any different on Tuesday as he lost the toss yet again.

India were put to bat once again. Indian openers gave them a good start as both Ruturaj Gaikwad and Ishan Kishan scored a half-century. While it was the 2nd fifty of the series for Kishan, Gaikwad got back into form courtesy of his first fifty in T20Is.

India In A Good Position In The 2nd Innings

India were then jolted after the first 10 overs as they kept losing wickets and South Africa made a comeback into the game. At one point it looked as if India would score somewhere around 200 but they managed only 179.

India got to a good start with the ball as Axar Patel provided them with the breakthrough in the powerplay. Harshal Patel then removed Reeza Hendricks. Yuzvendra Chahal got rid of Rassie van der Dussen and Dwaine Pretorius in quick succession.

Just before the wicket ball, Chahal ass hit for a boundary straight down the ground but on the next ball, Chahal had exacted his vengeance! It was delivered at 95.1 kph, flatter, faster, and with a little more bounce. Pretorius remained back and attempted to late-dab it but Pant caught the narrow outside edge with a sharp catch to his right.