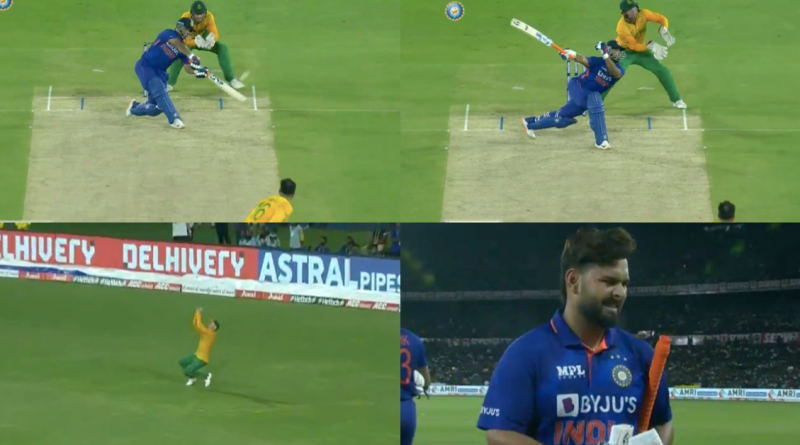 
India reached Cuttack after having lost the first game of the series. To make matters worse Rishabh Pant once again lost the toss. Team India was asked to bat first yet again.

Unlike the last match, this time South Africa got to a good start as they got Ruturaj Gaikwad in the first over itself. But Ishan Kishan continued his good form as he hit 34 runs off 21 balls but he was dismissed of a short delivery by Anrich Nortje.

That brought Pant to the crease. He had a good game in the first T20 international but this time around he was dismissed for just 5 runs off 7 balls.

India In A Bit Of Trouble

Pant’s downfall meant India was reduced to 68-3 inside the first 10 overs.

Maharaj was astute with his ball. Pant tried to go after him on the first ball but he could only chop it to the man at sweeper cover after Maharaj bowled the ball way outside off stump. Pant stepped out but was caught off guard by the wide line. This was a huge wicket for South Africa, and their camp was ecstatic.

The wicket could prove to be quite useful for SA as Maharaj may be able to bowl the rest of his overs with a bit of ease as India only has Axar Patel as a left-handed batting option and he may not come up before Dinesh Karthik.

IND vs SA: Watch – Rishabh Pant Holes Out In Deep In Trying To Go After Keshav Maharaj: