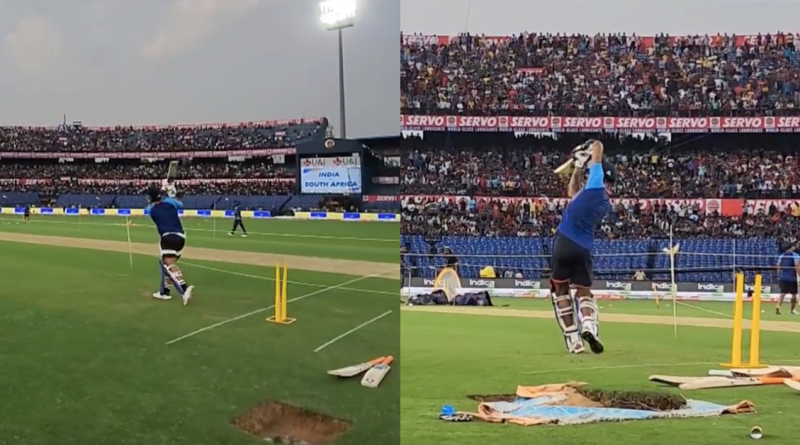 Odisha will be hosting its first international cricket match on June 12 since 2019 when India locked horns with West Indies in a One Day International competition.

Meanwhile, during the practice session on Saturday the crowd at the Barabati Stadium, Cuttack was fully charged up and they were cheering at every shot played by the India captain and vice-captain.

The Board of Control for Cricket in India (BCCI) shared a video of India’s practice session on their official Twitter handle where Rishabh Pant and Hardik Pandya were seen smashing boundaries.

“Some cracking hits from the Captain and Vice-captain get the crowd going. 👌 👌#TeamIndia | #INDvSA | @RishabhPant17 | @hardikpandya7,” BCCI tweeted.

Some cracking hits from the Captain and Vice-captain get the crowd going. 👌 👌#TeamIndia | #INDvSA | @RishabhPant17 | @hardikpandya7 | @Paytm pic.twitter.com/JoRKKzwvpJ

Meanwhile, the young wicketkeeper-batsman Rishabh Pant, who leads Delhi Capitals (DC) in the Indian Premier League (IPL), is leading India in the series against South Africa because Rohit Sharma has been rested and KL Rahul suffered a groin injury and got ruled out of the entire series.

Also, Hardik was named vice-captain after his success as a skipper in the Indian Premier League 2022 where he led Gujarat Titans to the IPL 2022 triumph.

India will be looking forward to levelling the series in the second game after losing the first T20I. In the first game, India had lost the toss against South Africa and they were invited to bat first.

India batters did a great job and they posted 211 runs on the board. However, South Africa batters David Miller and Rassie van der Dussen played sensational knocks to complete the humongous run-chase.

Also Read: IND vs SA: If We Did Well, Then You Would Have Hailed His Decision-making Skills – Bhuvneshwar Kumar Backs Under-fire Rishabh Pant