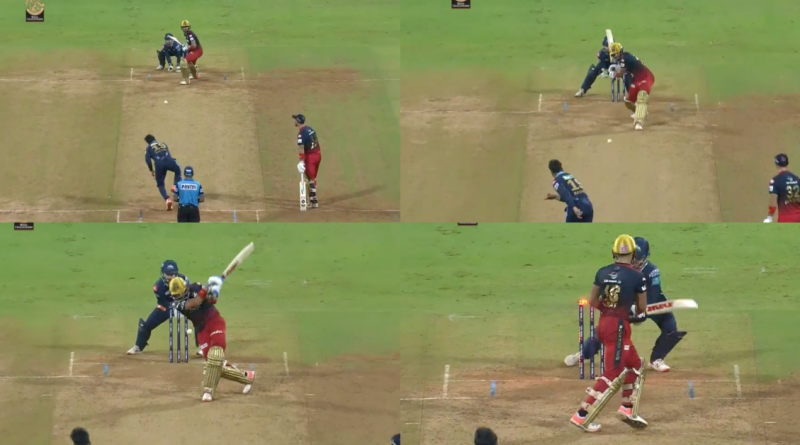 
Royal Challengers Bangalore (RCB) batter Virat Kohli got back into form with a sublime 73-run knock against Gujarat Titans (GT) but was outfoxed by Rashid Khan and was stumped as RCB neared victory in the 67th match of the IPL 2022 in Wankhede Stadium in Mumbai.

RCB were chasing 169 runs to win and openers Virat Kohli and captain Faf du Plessis presented with the perfect start as they added 115 runs for the opening wicket in 14.3 overs with Du Plessis scoring 44 in 38 balls before falling to Rashid Khan.

In Rashid’s next over, Virat Kohli, who had made 73 in 54 balls with 8 fours and 2 sixes, was outfoxed by Rashid, who saw him dancing down the wicket and bowled a quick googly and had him stumped down the legside by Matthew Wade. It was a emotional inning for Kohli, who struggled with his form throughout the IPL 2022 and came good when RCB needed him the most.

GT captain Hardik Pandya won the toss and chose to bat first. GT made one change as Lockie Ferguson came in for Alzarri Joseph and RCB brought in Siddharth Kaul for Mohammed Siraj. Shubman Gill was out early and Matthew Wade followed soon.

Virat Kohli was in sublime form and took the attack to the GT bowlers in his knock and brought smiles back on his fans and it was sort of thanks to RCB for backing him throughout his tumultuous season.

Here is the video of Virat Kohli’s wicket off Rashid Khan: