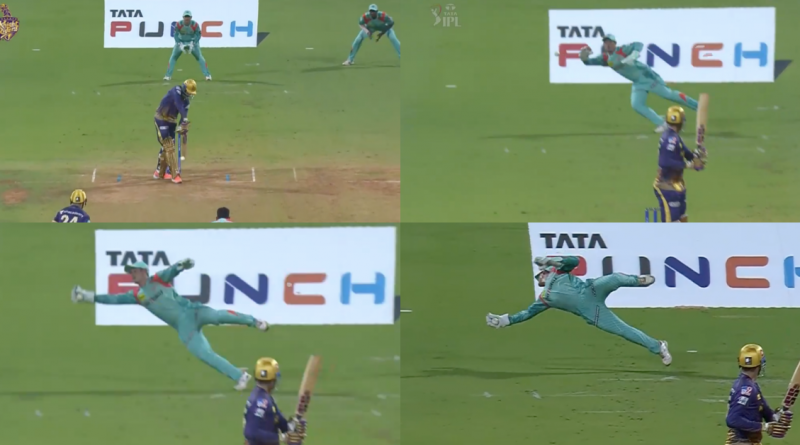 De Kock scored a scintillating century after LSG opted to bat first at the DY Patil Stadium. Alongside KL Rahul, he put on the highest opening partnership in IPL history (210) and the third-highest for any wicket.

The South African reached his century in 59 balls but took his finishing game up another level as he ended on 140* off just 70 balls. He followed it up in the very first over of KKR’s innings.

Iyer, going through a terrible IPL season, had an inside edge off Mohsin Khan that was traveling fast to de Kock’s right. The Proteas player dived across and grabbed the ball after it passed him, almost horizontal to the ground.

Also Read – RCB vs GT Live Streaming Details- When And Where To Watch Royal Challengers Bangalore vs Gujarat Titans Live In Your Country? IPL 2022 Match 67